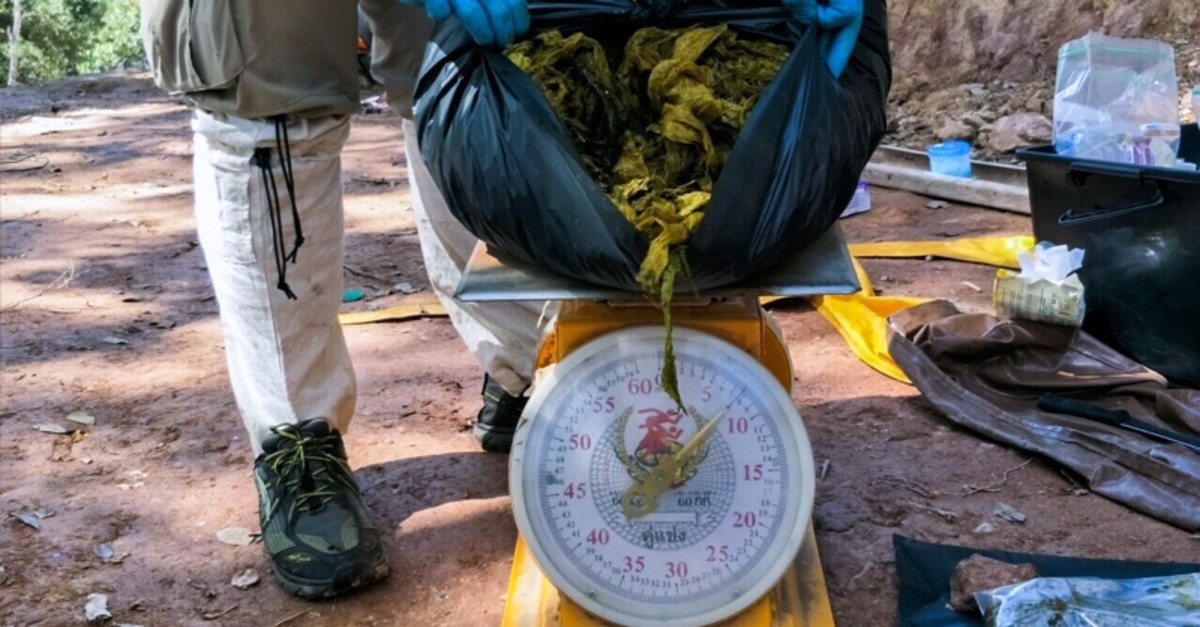 A wild deer has been found dead in a national park in northern Thailand with seven kilograms of plastic waste and other trash in its stomach.

The 10-year-old deer, weighing about 200 kilograms, was discovered by national park rangers on Monday at the Khun Sathan National Park in northern Nan province. Officials estimate that the deer had died at least two days earlier.

"When vets examined the deer's stomach they discovered a lot of trash - most of it plastic," said Kriangsak Thanompan, a director of the protected region in the Khun Sathan National Park.

An initial examination showed that the deer had died from intestinal obstruction after consuming trash over time. Vets found plastic bags, used coffee and noodle packets, rubber gloves, handkerchiefs, underwear and a plastic rope in its stomach.

"The place we found the deer is a protected forest but it is close to human communities as well as roads where passersby sometimes litter," he said.

Last year the Department of National Parks, Wildlife and Plant Conservation banned the use of plastic and foam in all of the country's national parks but it has not stopped animals from dying from plastic waste.

Earlier this year an orphaned baby dugong rescued in southern Thailand died from pieces of plastic clogging her digestive system.

In June last year, a pilot whale was found dead with 80 pieces of plastic rubbish weighing eight kilograms in its stomach.

Environmentalists say Thailand produces some two million tonnes of plastic waste a year with about 75 billion pieces of plastic bags ending up in the waste annually.

The Thai government said it is working with businesses to reduce the use of single-use plastic bags by January 2020 and to ban three types of plastic, namely microbeads, cap seals and exo-degradable plastics, by the end of 2019.