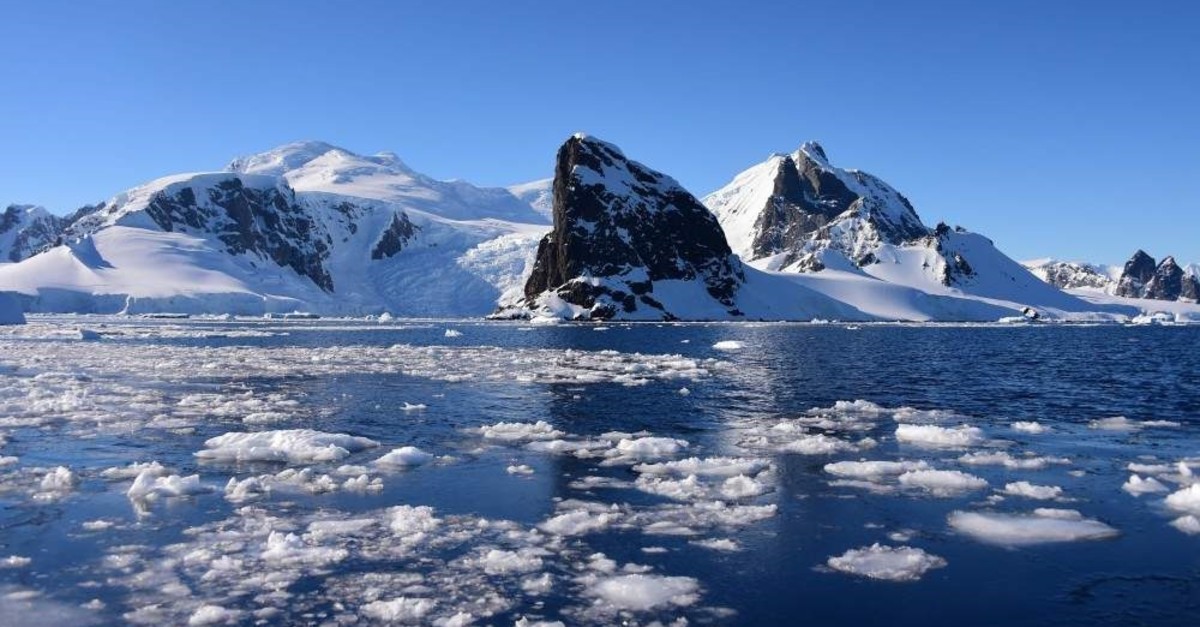 A view of Orne Harbour near the South Shetland Islands, Antarctica, Nov. 8, 2019. (AFP)
by Nov 29, 2019 5:39 pm
In the tiny part of Antarctica where the snow melts in springtime, moss, lichen and grass grow alongside flies, mites and colonies of microorganisms that have fed and reproduced for millions of years. The rich biodiversity is preserved by an ancient equilibrium of extreme cold and the isolation of a landmass surrounded by powerful ocean currents.
But scientists argue that climate change will make it easier for invasive species to establish themselves, even though the continent is warming at a slower pace than other parts of the planet.
"Climate change both reduces the barrier to getting in, so it makes it less stressful... and it reduces the problems of establishing," said British Antarctic Survey expert Peter Convey.
Antarctica is home to species that can gather in greater densities than those seen in temperate or tropical climates, said Convey, pointing to microscopic arthropods known as Collembola, a million of which can squeeze into a square meter. Thousands of researchers and 50,000 tourists who visit the remote continent every year risk upsetting this balance, however, by bringing plant and insect life with them. One type of grass, Poa annua, has already managed to carve out a beachhead on some islands, while humans have also brought with them two species of flies.
Some species do manage to fly in or arrive by other natural means from the tip of South America some 1,000 kilometers away, but these migrants do not manage to establish themselves permanently.
"The bottom line is that humans bring in 99% of (invasive species), and they far outweigh any natural process," said Convey, who can name around 100 that have been introduced over the past two centuries.
At the current rate of warming, the area of ice-free land on the Antarctic peninsula, in the west, is set to rise by 300% in the next century. That means any invasive species will have a lot more land to colonize, said the scientist.
With more land and more water available thanks to melting ice, life is likely to explode, and competition for resources between species will intensify. Grasses will fight against mosses, local species of flies will face off against invaders. The exact effect is difficult to precisely predict.
The Antarctic Treaty of 1959 provides for the protection of the continent's environment.
Last Update: Dec 20, 2019 2:00 am
RELATED TOPICS