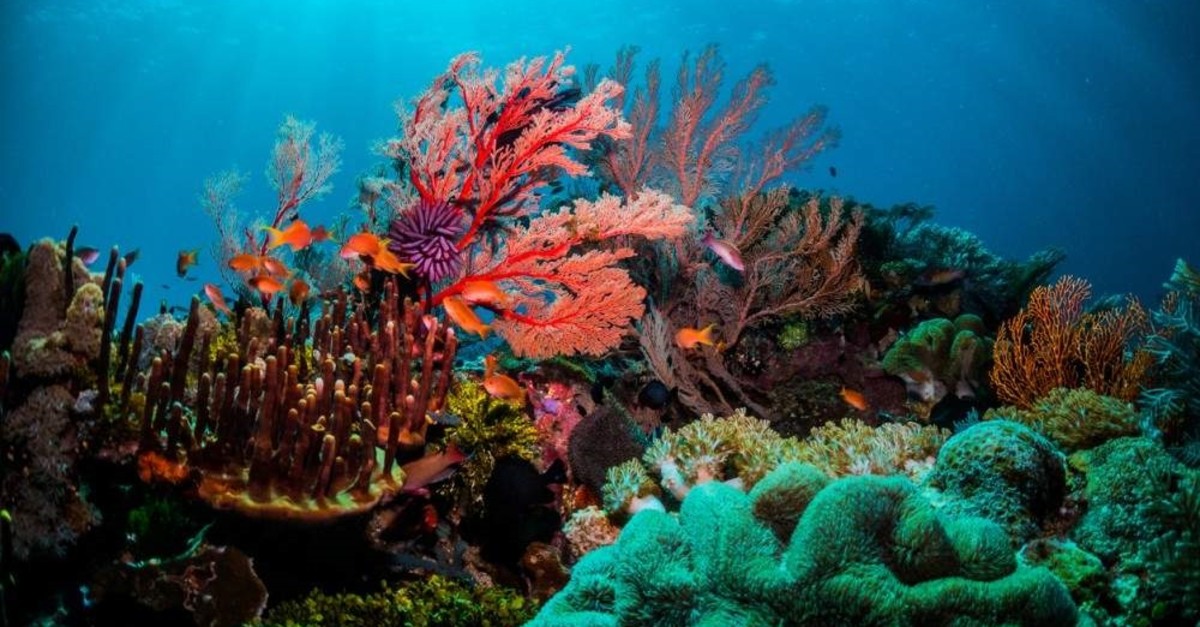 | iStock photo
by Dec 07, 2019 9:07 pm
The loss of oxygen from the ocean due to climate change risks "dire effects" on sea life, fisheries and coastal communities, a global conservation body said Saturday.
The International Union for the Conservation of Nature (IUCN) said that around 700 sites had been identified globally with low oxygen levels – up from only 45 in the 1960s.
In the same period, the group warned, the volume of anoxic waters – areas totally devoid of oxygen – have quadrupled.
The ocean absorbs around a quarter of all fossil fuel emissions, but as global energy demand continues to grow there are fears that the world's seas will eventually reach saturation point.
Oceans are expected on current trends to lose 3-4% of their oxygen globally by 2100.
However, most of that loss is predicted to be in the upper 1,000 meters, that is the richest part of the ocean for biodiversity.
"With this report, the scale of damage climate change is wreaking upon the ocean comes into stark focus," said IUCN acting director Grethel Aguilar.
"As the warming ocean loses oxygen, the delicate balance of marine life is thrown into disarray."
The largest peer-reviewed study to date on ocean oxygen loss concluded that deoxygenation is already altering the balance of marine life to the detriment of species that need more of the life-giving gas.
Species such as tuna, marlin and sharks – many of which are already endangered – are particularly sensitive to low oxygen levels due to their large size and energy demands.
But loss of oxygen is affecting species across the food chain. The biomes that support around a fifth of the world's current fish catch are formed by ocean currents that bring oxygen-poor water in to coastlines.
These areas are especially vulnerable to even tiny variations in oxygen levels.
"Impacts here will ultimately ripple out and affect hundreds of millions of people," the IUCN said.
The group this year issued a landmark assessment of the world's natural habitats, concluding starkly that human activity was threatening up to one million species with extinction.
Ocean life is already battling warmer temperatures, rampant overfishing and plastic pollution.
The World Meterological Organization this week said that due to man-made emissions growth, the ocean is now 26% more acidic than before the Industrial Revolution.
"Ocean oxygen depletion is menacing marine ecosystems already under stress from ocean warming and acidification," said Dan Laffoley, a senior marine science adviser at the IUCN.
"To stop the worrying expansion of oxygen-poor areas, we need to decisively curb greenhouse gas emissions as well as nutrient pollution from agriculture and other sources."
The IUCN report also found that pollution around coastlines was having a significant effect on oxygen levels, with fertilizer and agricultural run off promoting more algae growth, which in turn depletes oxygen as it decomposes.
World leaders will gather in Marseille in June for the IUCN's World Conservation Congress.
Policymakers are currently in negotiations at the COP25 climate summit in Madrid charged with ratifying a comprehensive rulebook for the 2015 Paris accord.
"Decisions taken at the ongoing climate conference will determine whether our ocean continues to sustain a rich variety of life, or whether habitable, oxygen-rich marine areas are increasingly and irrevocably lost," said IUCN global marine and polar program director Minna Epps.
Last Update: Dec 20, 2019 2:13 am
RELATED TOPICS