One step closer to climate apocalypse: The year in climate change 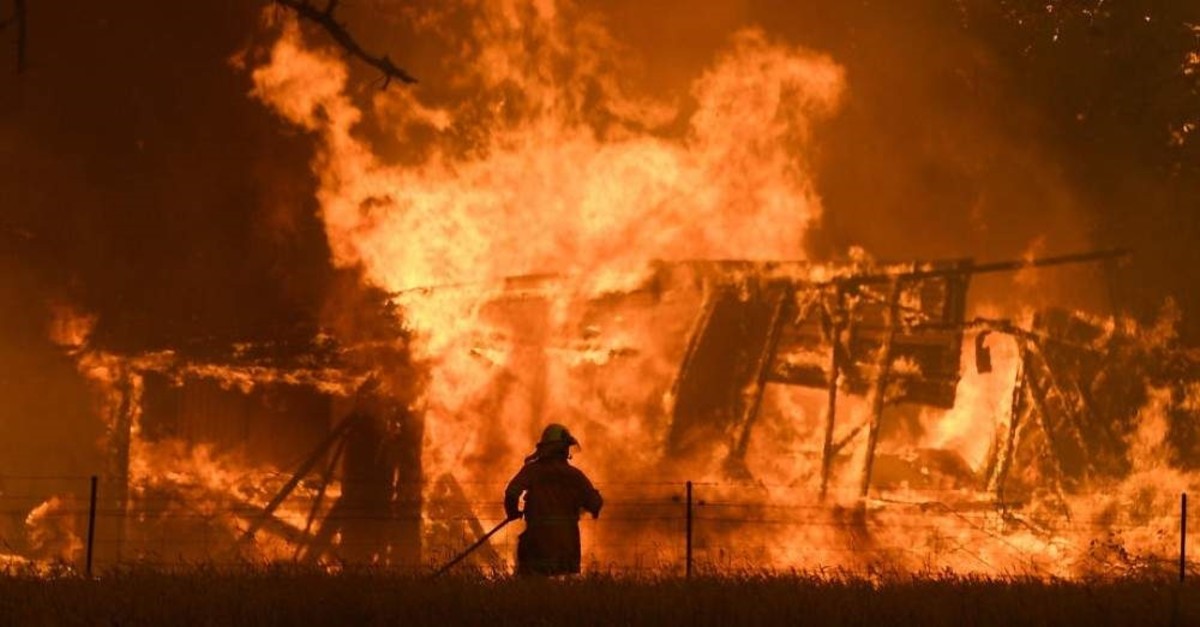 Oxford Dictionary declared 'climate emergency' word of the year and it could not be more right. The year 2019 saw a storm of climate disasters as well as the rise of a new generation of climate activists

The year 2019 has taken us one step closer to an impending climate apocalypse and marked a crux in the lives of future generations.

Over the last couple of decades, nations the world over have begun to roll up their sleeves to deal with global climate change and ensure the safety of our grandchildren and the planet for generations to come.

Despite promises to halt emissions, greenhouse gases and other elements behind the rise in global temperatures have increased unabated so that by the beginning of 2019 the planet is now the hottest it has been in some 120,000 years. The last 19 years alone have been the warmest on record and concentrations of greenhouse gas are the highest they have been in millions of years.

If the year 2019 goes down in history as the Year Zero in the fight against global climate change, then future historians will have a number of events from last year to point toward as the reason behind this shift.

The year was yet another marred by extreme weather conditions and certainly one for the record books, it saw an assault of tornadoes, floods, storms, freezing spells, droughts and tropical cyclones strike all over the globe.

The year began with an extreme polar vortex hitting New York and Washington D.C. The freezing temperatures this wrought across the Upper Midwest and Northern Plains led to a total of 22 fatalities. In the same year, the U.S state of California saw the end of the longest drought on record, having lasted an incredible 376 weeks. Since the end of 2011, the region received a meager amount of rainfall, leading to massive wildfires that burned through many homes and countless tracts of farmland.

Greece and Spain also suffered unstoppable wildfires, destroying hundreds of homes and fields. Temperatures hit record highs not only in Europe but even in the Arctic, where August saw record-low sea ice levels. Iceland has recorded its first-ever loss of an entire glacier to climate change, marking the occasion with a funeral to commemorate not only the island's loss but that of humankind as a whole. In August, around 100 people walked up the mountain for the ceremony, including Iceland's prime minister, Katrín Jakobsdóttir, alongside former U.N. human rights commissioner Mary Robinson. In the northern tundra of Alaska, meanwhile, locals were shocked by the highest temperatures in years, with the rare chance to wander outside without coats on.

Floods are also believed to have grown in extremity due to the impact of global climate change, having claimed hundreds of lives around the world. In April alone, floods killed at least 70 people, while Cyclone Fani stormed in Sri Lanka, India, Bangladesh and Bhutan, causing 89 deaths. However, the most dramatic images of the year came from Venice, the ancient city of waters. Due to high tides accompanied by extremely strong winds, the Italian city's waters rose up to 1.87 meters in November, causing tourists to find themselves knee-deep as they went about sightseeing. The phenomenon, the worst to hit the city in around 50 years, returned to Venice once more in December. 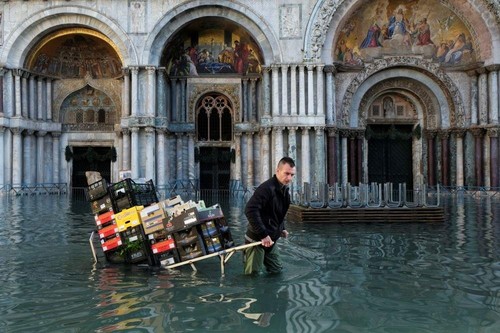 What is the world to do?

The United Nations continued to spearhead the efforts to encourage collective action on global climate change. On Sept. 23, the U.N. Climate Action Summit that took place at the headquarters of the United Nations in New York made headlines as the biggest climate summit of the year. Officially declared the "Climate Action Summit 2019: A Race We Can Win. A Race We Must Win," the conference, unfortunately, amounted to little in the way of progress on the issue, with China remaining firm on its commitments to the Paris Agreement, India refusing to pledge to reduce its use of coal and the U.S. declining to even speak at the summit.

The U.N. Climate Change Conference COP 25 that gathered in Madrid, Spain, between Dec. 2 and 13 under the presidency of Chile, similarly amounted to little. The participant countries neither committed to any guarantees nor agreed on any resolutions over carbon markets in order to ensure the safety of future generations.

On the other hand, these governments' paralysis has spawned a new wave of climate change warriors, mostly formed from the leagues of the younger generation who are set to feel the phenomenon's worst consequences.

Greta and the young activists

For years, scientists and experts have been warning us that our world is turning on us for having disturbed its natural order. Although climate activists have long called on governments for urgent action, most chose to turn a blind eye, until now.

Everything began when a 16-year-old Swedish high school student named Greta Thunberg started skipping school to protest in front of parliament in Stockholm in the summer of 2018. With this gesture, Greta – since named the Person of the Year by TIME Magazine – has urged the younger generation to step up to protect their future, sparking a new wave of climate activists. Greta's example inspired millions of young people around the world, who in turn, decided to take to the streets. Becoming a climate icon, Greta's Friday for Future movement as led to strikes in 3,804 locations across 161 countries. The biggest of these was seen on March 15, taking place in over 100 countries across the world with the involvement of some 1.6 million students.

Extinction Rebellion has been another climate movement that has rallied millions behind the fight for a better future. The movement wants governments to declare a "climate and ecological state-of-emergency" and take immediate action to address climate change. The group describes itself as an international "non-violent civil disobedience activist movement." In April 2019, supporters of Extinction Rebellion held a large demonstration in London over the course of two weeks. Some of the city's busiest thoroughfares were "occupied" by the activists, whose movement has since spread to Amsterdam, Sydney and various global capitals.