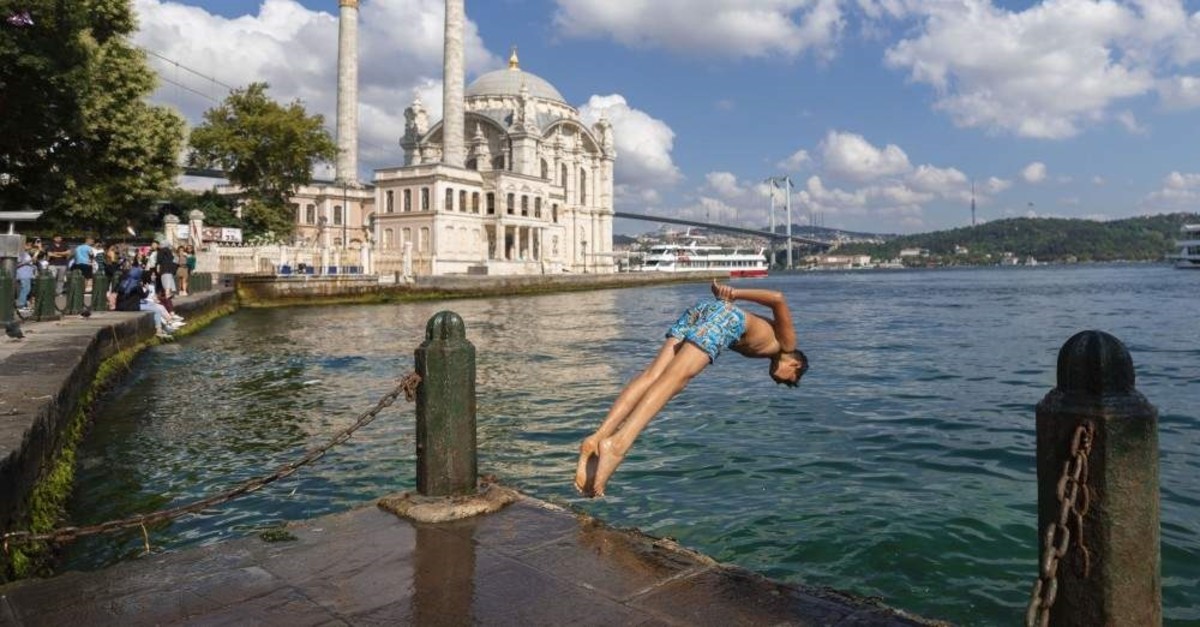 Temperatures continue to peak above seasonal norms in Turkey, with 2019 recorded as the fourth hottest year in the last five decades

As global warming continues to take its toll on nations across the world, Turkey is experiencing its own share of the phenomenon.

Climate change tied to global warming has propelled temperatures above seasonal normals, paving the way for drought. Official data shows 2019 was the hottest year on record in the last 49 years, as average temperatures throughout the year drastically deviated about 13.5 degrees above standard temperatures.

In 2019, temperatures averaged around 14.8 degrees. Professor Hüseyin Toros from the Department of Meteorology Engineering at Istanbul Technical University told Anadolu Agency that the 2010s were a relatively hotter decade for Turkey. "Weather and climate have been a vital part of mankind's history, from settlements to migrations, to victories and defeats in wars. Industrialization, irregular urbanization and excessive consumption aggravated environmental problems, and pollution, in turn, contributed to global warming. The 2010s were hotter compared to previous years, with 2010, 2014, 2018 and 2019 having been the hottest in a long while. Without measures against the impact of global warming, average temperatures will further increase in the coming years.

Toros said the main source of problems was a rise in the use of fossil fuels. "This is the primary source of air pollution. Cars, trains, ships and airplanes compromise the major sources of pollutants. Carbon monoxide and nitrogen oxides emitted usually by vehicles play an important role in air pollution in cities. Carbon dioxide, hydrocarbons, organic compounds and chemicals from industries lower the air quality. Add this to carcinogens and other toxic materials from sources like cigarettes, and pollutants damage the lives of all living creatures," he warned.

Extreme droughts used to hit Turkey nearly every two decades, but these have increased in frequency to every four or five years, according to experts who warn that nearly half of the lands in the country are at risk of desertification. The country is also battling deforestation and managed to rise to No. 3 on the list of countries adding the most forestland, increasing its forestland by 6% over the last three decades.

Turkey has been part of international initiatives since the beginning of global campaigns to stop climate change as its fertile lands and moderate climate face more risks. Unprecedented disasters such as flash floods and landslides have forced Turkey to bump environmental concerns to the top of its agenda.

The year 2019 was the second hottest ever recorded, virtually tying with 2016. The year was the warmest El Nino year, the European Union's climate monitor said recently in its round-up of the hottest decade in history.

Similarly, data released by the Copernicus Climate Change Service (C3S) showed that worldwide temperatures were just 0.04 degrees Celsius lower than 2016, when temperatures were boosted 0.12 degrees by a once-in-a-century El Nino natural weather event. The last five years have been the hottest on record, with the period of 2010-2019 constituting the hottest decade since records began, C3S said. Globally temperatures in 2019 were 0.6 Celsius warmer than the 1981-2010 average. The Earth's temperature over the last five years was 1.1-1.2 degrees warmer than in pre-industrial times. Last year was Europe's hottest ever.

The United Nations said last year that man-made greenhouse gas emissions needed to tumble 7.6% each year to 2030 in order to limit temperature rises to 1.5 C, the more ambitious cap nations signed up to in the landmark Paris climate deal. Current pledges to cut emissions put Earth on a path of several degrees warming by the end of the century.