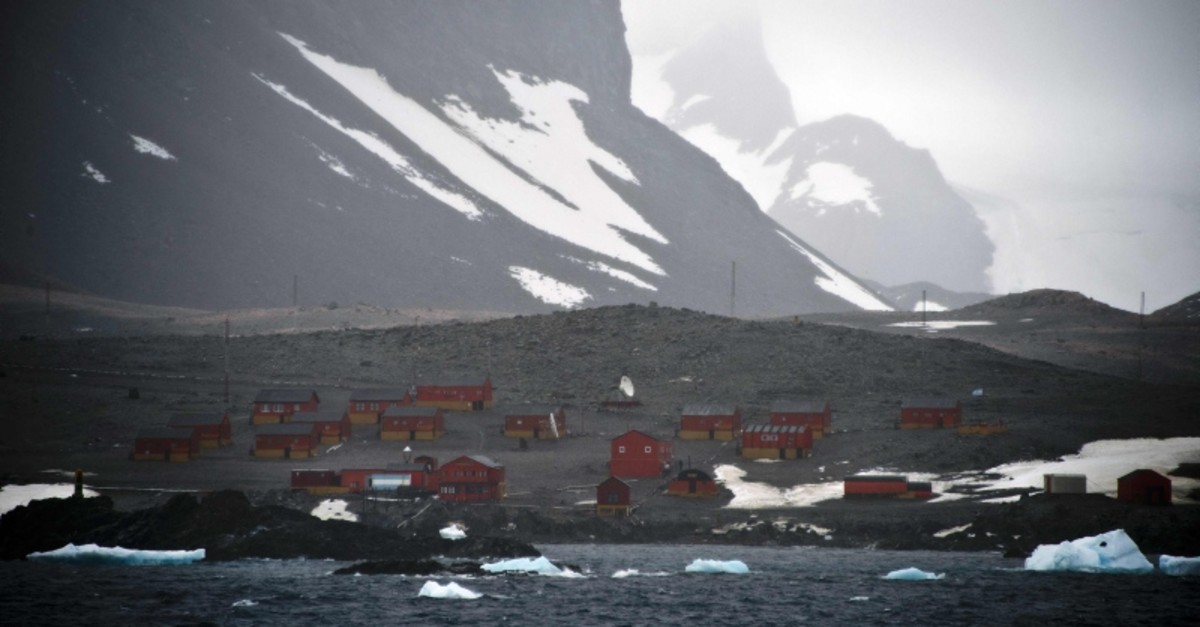 File photo taken on March 05, 2014 of the Argentinian Esperanza military base from the Brazilian Navy's Oceanographic Ship Ary Rongel in Antarctica. (AFP Photo)
by Feb 07, 2020 10:28 pm

A research base in the Antarctic has recorded the hottest temperature ever for the continent amid rising concern about global warming that has caused an increase in the melting of ice sheets around the south pole.

The Esperanza base on the northern tip of the Antarctic peninsula recorded a temperature of 18.3 degrees Celsius (64.94 degrees Fahrenheit), the highest on record, the World Meteorological Organization (WMO) said on Friday.

"(This) is not a figure you would normally associate with Antarctica even in the summertime. This beat the former record of 17.5 degrees C, which was set back in 2015," WMO spokeswoman Clare Nullis told reporters in Geneva.

The temperature was recorded at the Argentine base on Thursday.

Scientists believe global warming has caused so much melting at the south pole that the giant ice sheet is now on course to disintegrate. This would see an eventual global sea level rise of at least three meters (10 feet) over centuries.

A WMO committee will verify whether the temperature logged by Argentina's national meteorological service is a new record for the Antarctic continent. The record in the wider Antarctic region is 19.8 degrees C in January 1982.

"The amount of ice lost annually from the Antarctic ice sheet increased at least six-fold between 1979 and 2017," Nullis added, citing images showing cracks in glaciers in Antarctica.

"The melting from these glaciers, you know, means we are in big trouble when it comes to sea level rise."