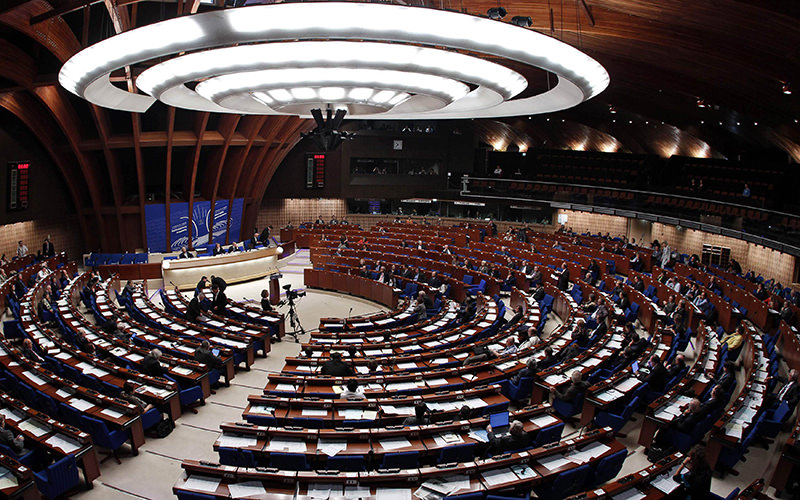 | Reuters Photo
by Anadolu Agency
May 12, 2015 12:00 am
The number of Turkish parliamentarians is to rise from its current 12 to 18 at the Parliamentary Assembly of the Council of Europe (PACE) and Turkish will be among the organization's working languages, diplomats have told Anadolu Agency.

A resolution which will pave the way for the change will be voted on by a permanent committee in Bosnian capital of Sarajevo on May 21 to 22, they said.

The resolution is widely expected to be approved and will enable Turkey to be represented by 18 members such as other countries at the assembly.

Italian, Russian and German are also used at the assembly, in addition to the official languages of English and French.

When Turkish becomes one of the working languages, oral transcriptions will immediately be translated into Turkish and the cost paid from the assembly's budget.

Turkey earlier proposed it would be one of the main donor countries to the 2016 budget of the Parliamentary Assembly of the Council of Europe.