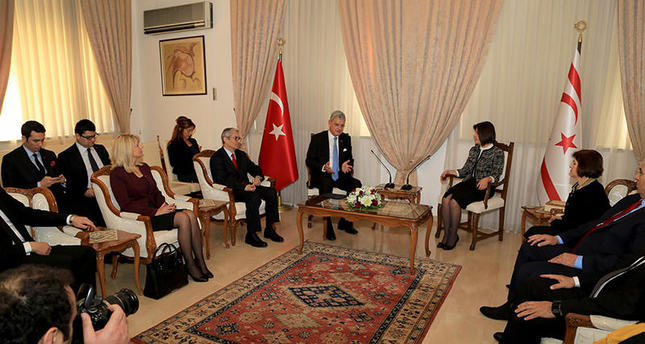 "The Cyprus issue has reached a point to be solved," he told journalists in Lefkosa.

Last month Bozkır said a referendum on uniting the island -- divided since 1974 -- would likely be held in the first half of 2016.

"We wish for a Northern Cyprus that fulfills all of its desires," Bozkır said after his meeting with Siber.

A number of high-level visitors have been to Cyprus recently, including U.S. Secretary of State John Kerry, as anticipation of a resolution to the division of the island between Greek and Turkish Cypriots builds.

In 2004, a referendum proposed by then UN Secretary General Kofi Annan was held but reunification was rejected by the Greek population.

Akıncı has been negotiating with Greek Cypriot leader Nicos Anastasiades since last May. The talks are focused on establishing a federal model.