EU Minister Bozkır: Turkey to receive 4.5B euros in EU funds until 2020 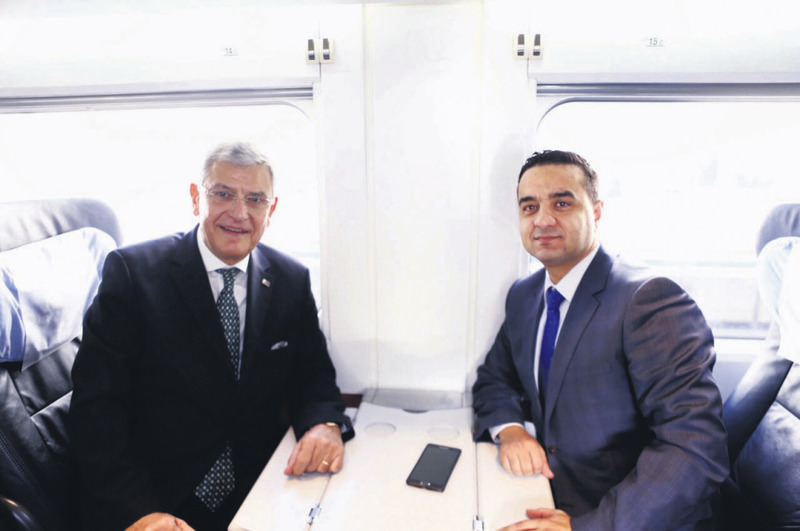 by Ali Ünal Jan 08, 2016 12:00 am
EU Minister and Chief Negotiator Volkan Bozkır said that within the framework of the EU pre-accession financial assistance, Turkey has been issued 4.7 billion euros in EU funds thusfar and will receive an additional 4.5 billion euros until 2020.

Speaking to a group of journalist while traveling to the central Anatolian town of Eskişehir to participate in the first civil society dialogue meeting of 2016, Bozkır said that these civil society dialogue meetings offer an important opportunity to explain Turkey's EU accession process to nongovernmental organization (NGO) representatives, underlining that throughout these meetings the participants will be informed about the financial assistance to be provided within the scope of the Erasmus Programme and EU pre-accession assistance.

Stressing the importance of NGOs in democracies, Bozkır said that there are now 108,000 NGOs in Turkey compared to less than 100 in 1980. "NGOs are one of the fundamental elements of democracies. We talk about a functioning democracy in a society where NGOs are strong and have a vision for the future of the community. Today, we have more than 100,000 NGOs in Turkey and this is proof that democracy is flourishing in our country," he said.

Regarding the EU funds that were given to Turkey in part of the EU's pre-accession financial assistance, Bozkır said that a portion of 190 million euros from the fund will be allocated to the strengthening of civil society and developing effective social, public and civil dialogue. In 2017, 9 million euros will be given directly to civil society organizations. He said that Turkey's National Agency, which aims to bring together Turks of all ages and EU citizens in training and youth projects, granted 780 million euros to 27,000 projects from 2004 to 2015. The minister also added that, throughout these projects, more than 420,000 Turkish citizens in 81 provinces have had the opportunity to participate in cooperation activities and study abroad.

Regarding whether or not the Schengen zone is collapsing in Europe, Bozkır said that in previous years there have been several examples of border control being implemented in the Schengen area for security reasons, and; therefore, this crisis will not lead to its demise.

Recalling that Turkish-EU relations have gained momentum since the EU-Turkish refugee deal was signed in November, Bozkır said that the opening of Chapter 17 in December will mark Ankara's readiness to open five additional chapters in the first half of 2016.
RELATED TOPICS