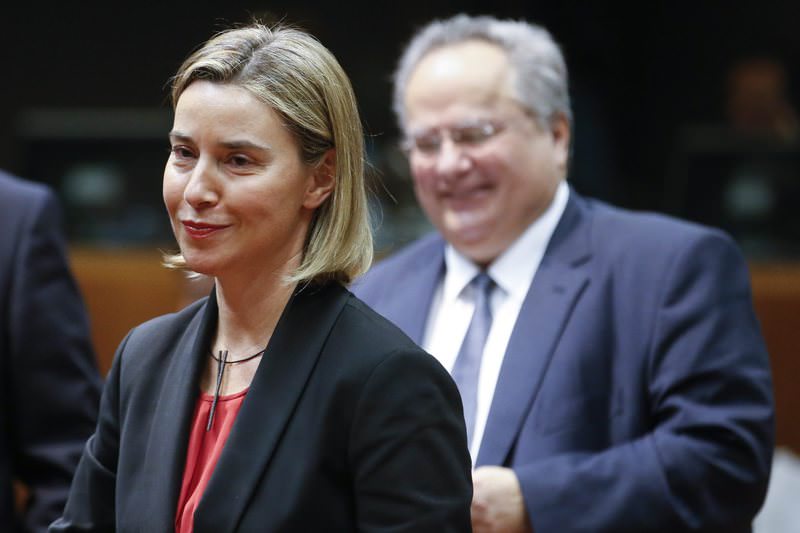 by daily sabah Jan 24, 2016 12:00 am
Top European Union officials will pay an official visit to Turkey to hold talks with the Turkish Foreign Minister Mevlüt Cavuşoğlu on implementing a November deal with Ankara on reducing the flow of refugees to the EU.

During the visit, Mogherini and Hahn will attend a high-level political dialogue meeting with their Turkish counterparts in Ankara while Stylianides is scheduled to visit EU-funded humanitarian aid projects, aimed mainly at assisting refugees from Syria and Iraq.

The European officials will also meet deputies from prominent political parties and representatives from civil society groups. Mogherini and Stylianides ar expected to travel to southeastern Turkey to meet the leaders of many religious and ethnic communities in the region.

At an EU-Turkey summit last November, EU promised 3 billion euros ($3.28 billion) aid to Turkey to support projects that would improve the living conditions of refugees in the country and address the problems of the refugee influx.
Last Update: Jan 24, 2016 9:29 pm
RELATED TOPICS