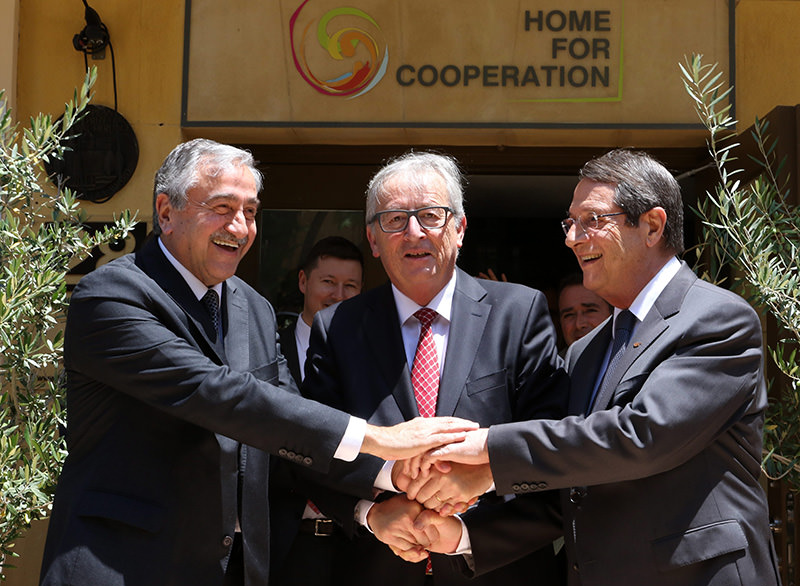 by Daily Sabah Mar 01, 2016 12:00 am
The Greek Cypriot leader Nicos Anastasiades sent a letter to the Dutch EU Presidency asking for Turkish to be made the European Union's (EU) 25th official language ahead of expected reunification with Northern Cyprus.

Anastasiades filed the request on Feb. 17 in a letter addressed to the Dutch foreign minister Bert Koenders and to a senior EU civil servant, Jeppe Tranholm-Mikkelsen, according to the independent online newspaper, EUobserver.

Anastasiades reportedly said in his letter that the Greek Cypriot administration had already made the request back in 2002 while it was negotiating its own accession to the EU. But, at that time, it "was advised by the [EU] institutions not to insist, taking into account the limited practical purpose of such a development ... as well as the considerable cost," Anastasiades' letter read, according to the EUobserver.

The online newspaper also said, a Dutch spokesman told them that The Hague would study the letter's content and see what the next steps should be.

Recent talks between Anastasiades and Turkish Cypriot President Mustafa Akıncı to produce a federal state with two autonomous entities have been positive and many of those involved have said they expect an agreement on reunifying the island to be made by the end of the year.

The Greek Cypriot administration has been an EU member since 2004.

Turkish Cypriots are considered EU citizens, even though they live on territory not under the control of the Greek Cypriot government.