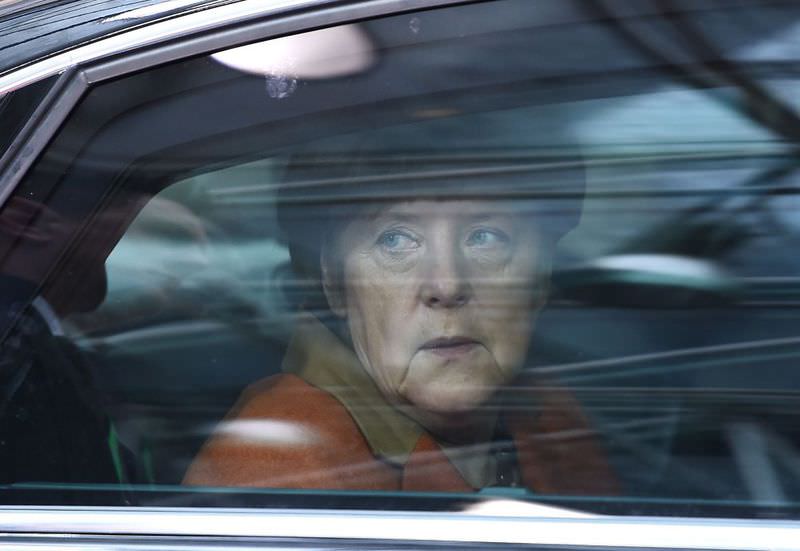 German Chancellor Merkel, who has led the rest of the EU in previous crises, has a week to persuade her fellow EU leaders to accept a deal with Turkey to resolve the refugee crisis

Turkey continues to hold back the refugee floodgates, with Deputy Prime Minister Yalçın Akdoğan announcing on Friday that the number of Syrian refugees in Turkey had passed 2.7 million, around a 10th of whom are staying in camps.

While the EU continues to grapple with reactions, both positive and negative, to the draft agreement between Turkey and the EU on resolving the refugee and migrant crisis in a humane way, all eyes have turned to German Chancellor Angela Merkel, who is seen as the main backer of the deal, and her ability to overcome vocal objections from domestic and EU opponents to persuade the rest of the EU to approve it before next Friday's Turkey-EU summit.

According to the deal, Turkey will readmit refugees crossing the Aegean while the EU will allow visa-free travel for Turkish citizens in the Schengen zone and transfer 6 billion euros to Ankara for the upkeep of refugees in Turkey. The Turkish government has also encountered objections, with main opposition Republican People's Party (CHP) Chairman Kemal Kılıçdaroğlu calling on Turkey to send 6 billion euros to the EU along with all the refugees in the country.

Akdoğan, who criticized Kılıçdaroğlu for his remark, said Turkey was also home to around 172,000 Iraqi refugees, and described the potential deal with the EU as the bloc's belated attempt to join Turkey in an effort to protect Syrians from being victimized by Bashar Assad's regime, human traffickers and others. An expert from the Political and Social Research Foundation (SETA) said 3 billion euros was minute compared to the needs of Syrian refugees and would barely cover their educational costs.