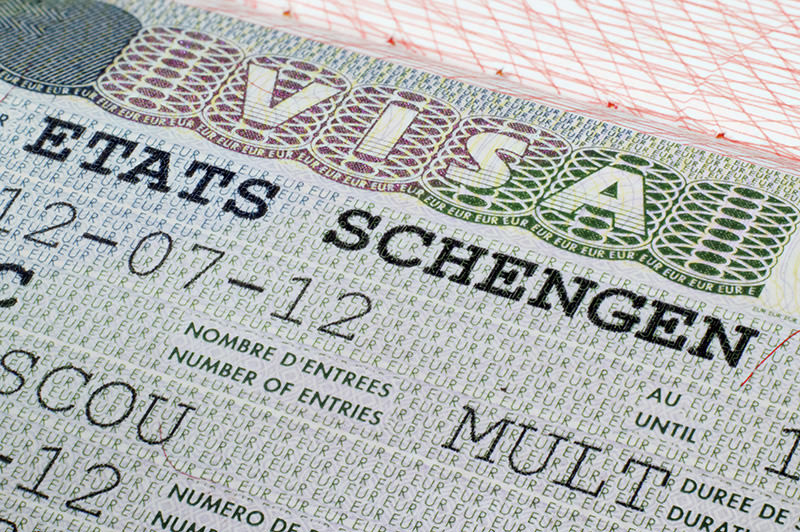 The European Union's executive said on Wednesday it will propose on May 4 granting Turkish nationals visa-free travel to the bloc from late June, if Ankara meets the remaining conditions.

A first European Commission report on implementation of last month's EU-Turkey agreement to curb migration said good progress had been made but more resources and commitments were needed to carry out sustained returns of migrants from Greece to Turkey and to resettle Syrian refugees from Turkey directly to Europe.

The Commission did not say how many of the 72 benchmarks for visa liberalization Turkey has yet to complete but it pointed to several areas where work remains to be done.

They include reducing a backlog of asylum applications, granting all refugees legal access to the labor market, strengthening visa requirements for countries that pose a high migration risk, taking necessary steps to protect fundamental rights and ending discrimination against citizens of EU member Cyprus, which Turkey does not recognize.

The EU executive also urged Ankara to improve readmission of Turkish nationals and third country nationals from all EU member states so an EU-Turkey Readmission Agreement is fully effective from June 1.

Turkish Prime Minister Ahmet Davutoğlu said on Tuesday that Ankara was fulfilling all the terms of the EU deal and if the Europeans did not meet their part, Turkey would stop applying its side of the bargain.

Commission President Jean-Claude Juncker said after meeting him in Strasbourg that the visa criteria would not be watered down.

"The Commission will present its third visa liberalization progress report for Turkey on May 4 and if Turkey takes the necessary measures to fulfil the remaining benchmarks, the report will be accompanied by a legislative proposal for transferring Turkey to the visa-free list," the report said.

The measure has to be approved by a qualified majority of EU member states and a majority in the European Parliament to take effect. It is controversial in Germany and France, where many fear a flood of Turkish migrants, although the change would not allow Turks to work or stay longer than three months.

"The burden of proof is not on the EU but on Turkey. There are clear conditions for visa freedom. The fact is that Turkey doesn't meet them at the moment," Ferber said in a statement.

On the implementation of the migration deal so far, the Commission said 325 irregular migrants had been returned to Turkey from Greece so far and 103 Syrian refugees have been resettled in the EU.

Greece has set up accelerated procedures to process asylum seekers on its Aegean islands, and the EU agencies for border management and asylum assistance have deployed escort officers, readmission experts, asylum officers and interpreters to help.

However, a 3 billion euro EU fund to support refugees in Turkey is still 390 million euros short and 12 of the 28 EU member states have yet to contribute.

"Member states need to step up their efforts in supporting Greece; ... more pledges and acceptances are needed in terms of resettlement, relocation and support to the EU agencies," the report said.

Migrant flows to Greece have decreased markedly in recent months, said Greek Prime Minister Alexis Tsipras on Wednesday, defending his government's support of a deal between the European Union and Turkey to tackle the migrant crisis. Last month, Turkey and the EU sealed an accord to end the chaotic arrival of migrants and refugees, most fleeing war and poverty in the Middle East, Africa and Asia, after more than a million reached Europe last year. Hundreds have died making the short but precarious crossing from Turkey to the shores of Greek islands in inflatable dinghies. The island of Lesbos is full of unmarked graves. "A few months ago we had flows of 3,000 to 4,000 daily to our islands. ... Today, the flows are about 50 to 60 (migrants and refugees) daily," Tsipras told the Greek parliament during a debate on security.

Human rights groups have accused Greece of bad conditions in reception centers. They say the EU-Turkey deal, aimed at halting migration to Europe in return for financial and political concessions for Ankara, violates international conventions.

However, European Commission President Jean-Claude Juncker said on Tuesday that the recently agreed refugee deal between Turkey and the EU respects international norms. Addressing a plenary session of the Parliamentary Assembly of the Council of Europe in the French city of Strasbourg, Juncker said, "The EU-Turkey deal respects international norms, and the plan is starting to work." He added he was "not happy" with criticism suggesting that EU was "abandoning its values" over the multi-billion deal with Turkey.