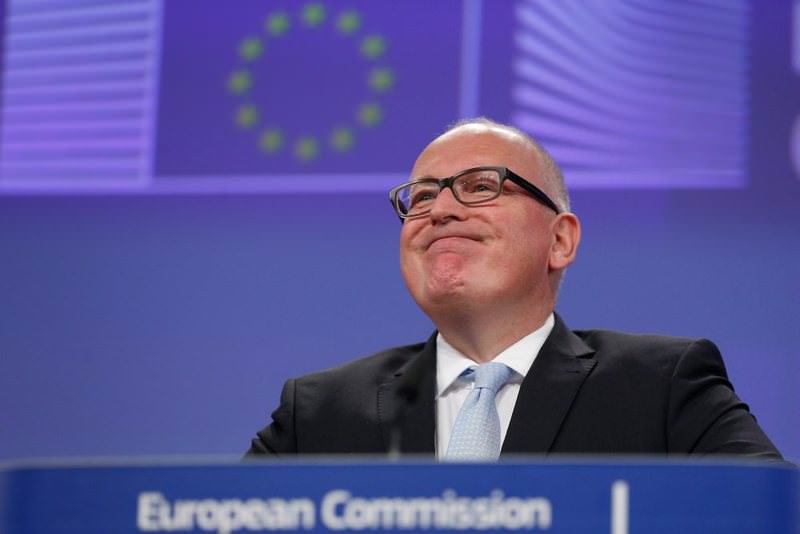 The European Commission gave the green light to lift visa requirements for Turkish citizens Wednesday after a report on the issue was released. The European Parliament and the Council of the EU need to approve the proposal for the visa liberalization

The European Commission Wednesday published a report that recommends lifting visa requirements for Turkish citizens traveling to the EU's Schengen zone, saying that Turkey has come a long way to meet the EU's 72 benchmarks. European Commission First Vice President Frans Timmermans said Turkey has made "impressive progress" recently regarding work to meet all benchmarks. "There is still work to be done as a matter of urgency, but if Turkey sustains the progress made, they can meet the remaining benchmarks," he added. Officials in Ankara said late Tuesday that Parliament passed all necessary bills around 11 p.m. Justice and Development Party (AK Party) Balıkesir Deputy Sema Kırcı and Konya Deputy Mehmet Babaoğlu said on their official Twitter accounts late Tuesday that all work had been completed.

The Commission of the EU is expected to hold bilateral talks with Turkish authorities in the very near future and monitor late-passed bills as soon as possible. "The Commission acknowledges the good progress made by the Turkish authorities so far and encourages them to urgently step up these efforts to meet all requirements in order to obtain visa liberalization by the end of June," a press release from the Commission of the EU said yesterday. Turkey's EU Minister and Chief Negotiator Volkan Bozkır hailed the report at a joint press conference with Foreign Minister Mevlüt Çavuşoğlu, saying that Turkish authorities have met all benchmarks "miraculously."

Regarding the confusion over whether all benchmarks are fulfilled or not following the report, Bozkır said Ankara has fulfilled all 72 criteria. "We assess that we fulfilled all of them. The commission confirmed our view to a great extent. We may need to give extra information," he said, adding that there will be further talks with the commission over five benchmarks that Ankara considers to be met.

Çavuşoğlu also made comments in the wake of the report, asserting that Turkish nationals deserve to move freely in the EU Schengen zone, Çavuşoğlu said: "This injustice needs to be corrected. Our goal is full membership. We expect the same sincerity from the EU."

"We are satisfied with the point we arrived at as Turkey. These steps increase the support our people give to the EU as well," he added.

While most European media outlets gave only a slight chance for Ankara to fulfill all benchmarks before the May 4 report, Daily Sabah contended on April 22 that it would complete all the work in 10 days at the latest.

Parliament Foreign Affairs Commission member and AK Party Samsun Deputy Hasan Basri Kurt had told Daily Sabah that Parliament's schedule was adjusted accordingly. "We will have fulfilled all requirements that the European Union put forward for visa liberalization [by May 4]." 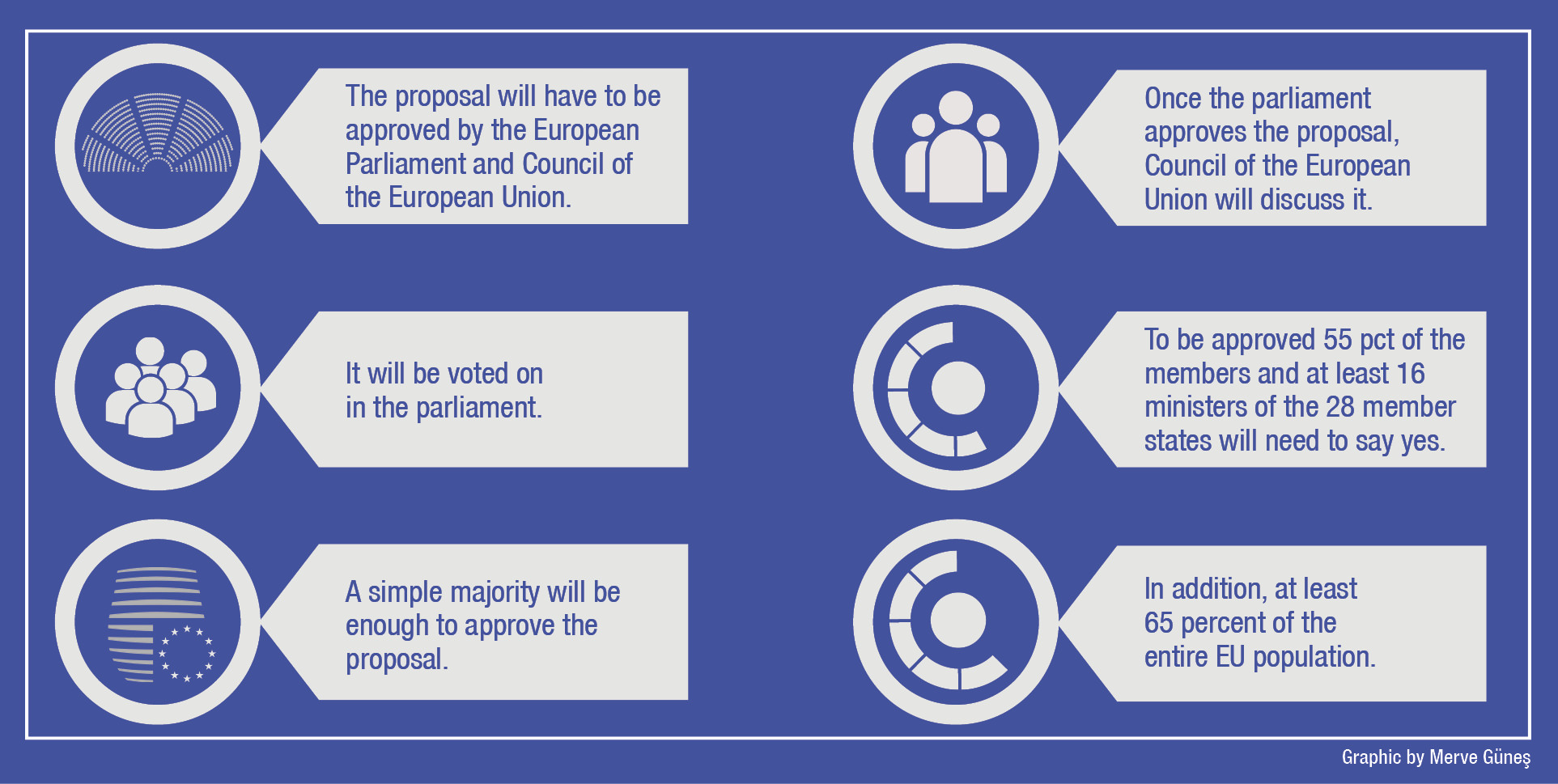 Now that the European Commission has recommended the lifting of visa requirements for Turkish citizens, the proposal will have to be approved by the European Parliament and the Council of the European Union.

European Parliament's Civil Freedoms, Justice and Internal Affairs Committees will read the proposal and then it will be voted on in the parliament. A simple majority will be enough to approve the proposal.

Once the parliament approves the proposal, the Council of the European Union will discuss it. To be approved 55 percent of the members and at least 16 ministers of the 28 member states will need to say yes. In addition, the populations of countries that approve the proposal need to make up at least 65 percent of the entire EU population.

If these conditions are met in the Council of the EU as well, Turkish citizens will be able to travel visa-free into the EU's Schengen zone from July 1.
RELATED TOPICS