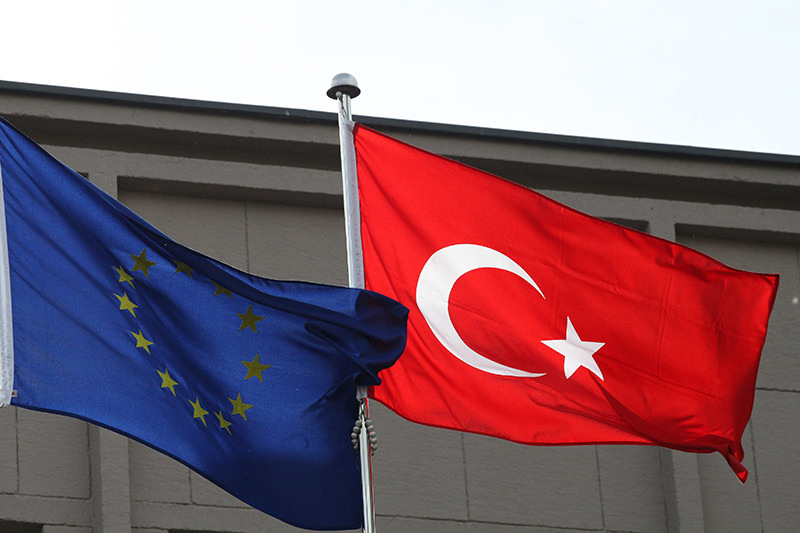 The meeting scheduled to be held in Brussels on Friday between the ministers of Turkey and the European Union was postponed due to AK Party's emergency convention decision taken last week.

The EU meeting, which EU Minister and Chief Negotiator Volkan Bozkır and Foreign Minister Mevlüt Çavuşoğlu will attend, was postponed at least 1 month.

Tthe ruling Justice and Development Party (AK Party) had announced Wednesday that it will hold an emergency convention on May 22 after Prime Minister Ahmet Davutoğlu announced he is stepping down from his post.

Sources close to the EU said that in the meeting ministers would discuss Ankara's roadmap and the steps it needs to take to ensure visa exemption as well as the evaluation of EU-Turkey relations.

Bozkır was expected to travel to Strasbourg and Brussels next week to meet with EU leaders as well as representatives from the political parties in the European Parliament to explain Ankara's reform process and to voice concerns regarding the visa liberalization process.

The European Commission's recently issued report that recommends lifting the visa requirement for Turkish citizens had urged Turkey to revise legislation and policies on terrorism to gain visa-free travel. It also stressed that Turkey still needs to fulfill five remaining benchmarks, which are measures to prevent corruption, data protection in line with EU standards, cooperation with EU's law enforcement agency Europol and judicial cooperation on criminal matters with all EU member states.

The most controversial remaining benchmark yet to be fulfilled is "revising the legislation and practices on terrorism in line with European standards," which Erdoğan last week criticized: "The EU is telling us to change our law on combating terrorism. [The EU] allows terrorists to raise tents and then come with requirements." Erdoğan was referring to the tent raised in March by PKK supporters near the European Council building in Brussels. During a local rally in Istanbul last week Erdoğan told the EU: "We will go our way, you go yours." Erdoğan's latest statement once more urged the EU to show a more determined stance in the fight against terrorism.