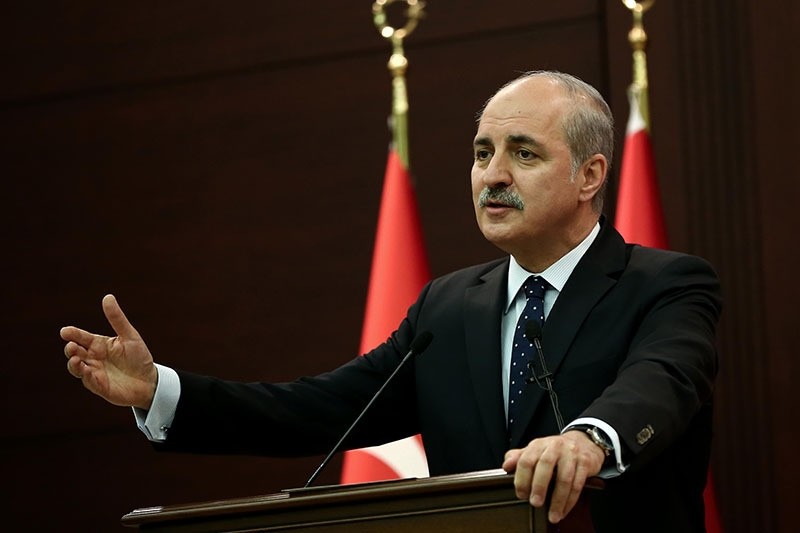 Turkey is not considering canceling an agreement with the European Union to readmit migrants who reached the bloc through Turkish territory, Deputy Prime Minister Numan Kurtulmuş said on Monday. Kurtulmuş made the comments during a press conference following the meeting of the Council of Ministers.

"It is now the EU's turn to fulfill its responsibilities. I believe it will act in line with the deal, just as Turkey has continued to do. Cancellation of the deal is not on our agenda, and we will continue to do our part for the deal to succeed," Kurtulmuş told reporters. "The drop in the number of refugees arriving in Europe is clear evidence that Turkey takes the deal seriously," he added, warning that the deal should not become an issue for domestic politics in EU countries.

The deal between Brussels and Ankara to stem the flow of illegal migrants into Europe has been hampered by the bloc's insistence that Turkey change its anti-terrorism law. However, Turkish officials have said that there would be no such changes so long as the country faces active threats from terrorist organizations like DAESH, the PKK and their Syrian offshoot, the Democratic Union Party (PYD).

Last week, President Recep Tayyip Erdoğan warned the 28-nation bloc that the readmission agreement would not be ratified in Parliament, should there be no outcome of visa liberalization by June 30. In February, the president warned Europe of a possible end to the agreement, saying that Turkey could let refugees through its borders to Europe. "The buses and planes are not there for nothing."