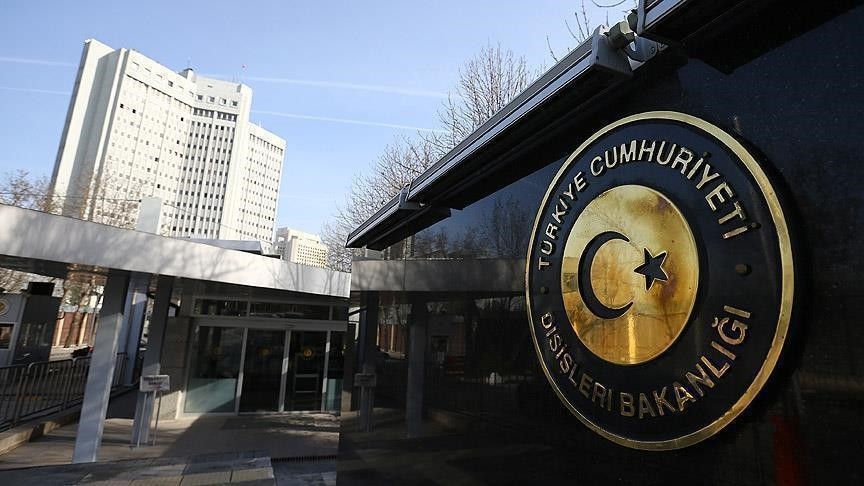 Ministry of Foreign Affairs Spokesperson Tanju Bilgiç said in a statement on Saturday that Turkey expects its cooperation with the European Union on the refugee resettlement will grant Turkish citizens a visa-free travel within the Schengen zone.

"We expect the EU to continue its awareness and constructive attitude which recognizes the burden assumed by our country with the March 18 agreement, and seal our cooperation in the area of migration with a decision on visa liberation," Bilgiç said in the statement.

The statement, issued in response to a question addressed to the ministry, said that the EU has on June 15 released the second part of the report on the control of irregular flow of refugees across the Aegean Sea, as part of an agreement reached between EU and Turkey on March 18. The statement added that the report has hailed Turkey's cooperation and efforts put in achieving the goals of the resettlement program as well as the commitment to the maintaining the agreed international standards.

The statement added that the EU's report put forward a positive attitude towards the implementation of visa liberation for Turkish citizens when traveling into Schengen zone.

Facing an unprecedented flow of refugees not seen since World War II, Europe has turned to Turkey to stem the flow of migrants seeking to reach the continent through Greece, the nearest gateway. The Turkish coasts lie in close proximity to Greece's Aegean islands, which were crowded with migrants, especially Syrians who traveled before the EU-Turkey deal was signed on March 18.

Under the deal, Turkey will readmit migrants who do not apply for asylum in Greece, or whose asylum requests were turned down by Greek authorities. The agreement covers only those who traveled from Turkey to Greece illegally since March 20. In return, the EU offered to take one Syrian refugee from Turkey for each resettled migrants, funds to cover the needs of refugees in Turkey and visa-free travel for Turks, along with more concessions to the country in membership negotiations with the EU.