Turkey, EU to meet for membership talks on June 30 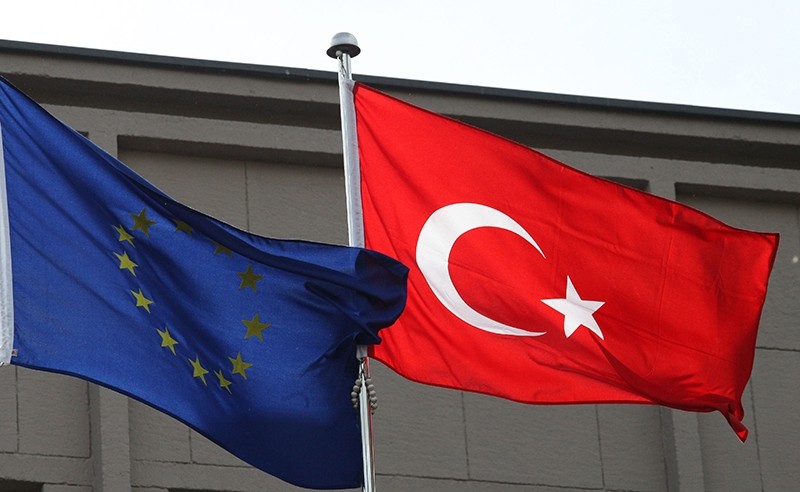 Officials from Turkey and the European Union will meet on June 30 to officially open a new chapter of Ankara's negotiations to join the bloc.

EU diplomats confirmed on Thursday that lower-level officials would meet to open Chapter 33, which is a series of talks on "financial and budgetary provisions" that Turkey needs to meet in order to become a member.

Chapter 33 will be the sixteenth chapter Turkey opened since October 3, 2005 when it first launched membership negotiations.

The two sides were unable to agree on a date to discuss the chapter, Hürriyet daily reported. Accordingly, the EU and Turkey had agreed to discuss the matter during the Netherlands's term in the presidency of the Council of the EU, which would end on June 30.

Initially, the Netherlands proposed to meet on June 24, but England opposed it for its proximity to the Brexit referendum, which will take place on June 23. Turkey insisted that the meeting takes place before Slovakia's presidency of the Council of the EU, therefore both sides agreed on June 30.

Countries hoping to join the EU must complete negotiations in 35 chapters. Turkey's accession talks started in 2005.

The EU promised Turkey faster membership talks as an incentive to stop migrants reaching Europe and to take back thousands more.

It has also offered visa-free travel for Turkish citizens and up to 6 billion euros ($6.8 billion) for Syrian refugees sheltering in Turkey.