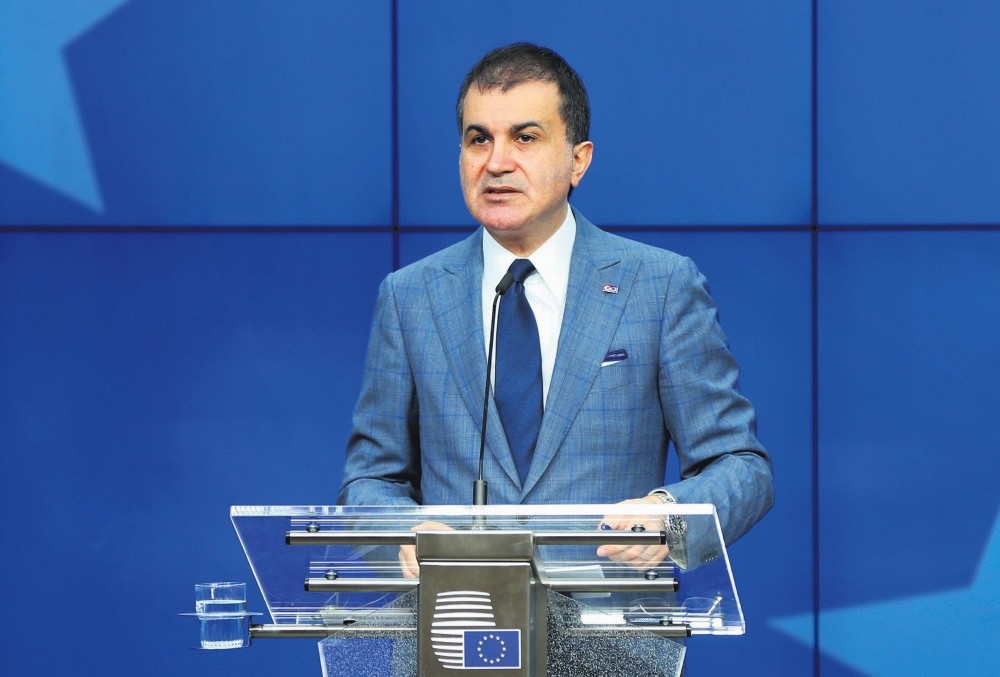 Chapter 33 of Turkey's European Union accession process was opened Thursday in Brussels with EU Minister and Chief Negotiator Ömer Çelik, Foreign Minister Mevlüt Çavuşoğlu and Finance Minister Naci Ağbal in attendance. Drawing attention to the long stagnation in Turkey-EU relations, Çelik stressed the importance of opening two EU accession chapters within the last six months. He said that Chapter 33 on Financial and Budgetary Provisions is directly related with full membership: "Opening this chapter up for discussion is the most solid indicator of Turkey's commitment to its objective of full membership." Çelik further said that Turkey's position will be strong in Europe regardless of Britain's exit from the EU.

''To tell you the truth, Turkey is ready to and deserves to open more chapters,'' Çavuşoğlu added, underscoring that Turkey will not only open Chapter 33 in Brussels, but will also show determination to open chapters for its EU accession. Chapter 33 will be the 16th chapter Turkey has opened since Oct. 3, 2005, when it first launched membership negotiations. Countries hoping to join the EU must complete negotiations in 35 chapters. Turkey's accession talks started in 2005.

The EU promised Turkey faster membership talks as an incentive to stop migrants reaching European shores and to take back thousands more. It has also offered visa-free travel for Turkish citizens and up to 6 billion euros ($6.8 billion) for Ankara earmarked for sheltering Syrian refugees in the country.

Speaking at a televised press conference in Brussels ahead of the meeting to open Chapter 33 on Financial and Budgetary Provisions in Turkey's EU accession process, Çavuşoğlu said that Turkey will not take steps backward in its fight with terrorism, but instead will strengthen it after the suicide attack at Istanbul's Atatürk International Airport on Tuesday, which killed over 40 people.

Calling on other countries for help, Çavuşoğlu said: "It is seen that there is a deficiency in our fight with terror, as we mostly have to fight with the border threat of DAESH on our own," and further emphasized the need for a plan for collective action, as collective statements are not enough now.

"The PKK and YPG [People's Protection Units] are able to campaign in the center of Europe – there is a double standard. Just like DAESH is not allowed to smuggle people or drugs, the PKK should also not be allowed to campaign in Europe," Çavuşoğlu said, criticizing the PKK tent that was permitted to be set up in Brussels in March. He also said that making distinctions between terrorist organizations should be out of question, adding: "We are calling on the international community, especially our European friends, to fight all kinds of terrorism."

Touching on the visa liberalization, Çavuşoğlu said that Turkey has fulfilled almost all the required criteria, adding: "We are now expecting the EU to keep its word concerning visa liberalization" and that the issue will be discussed with the first vice president of the European Commission, Frans Timmermans, that day.
RELATED TOPICS