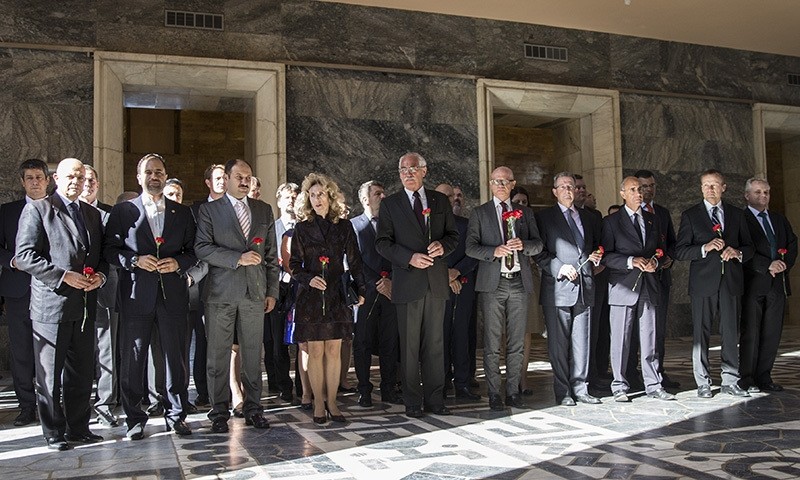 A group of European lawmakers was welcomed to Turkey's parliament on Tuesday to witness the damage caused by the July 15 coup attempt.

Christine Muttonen, president of the Parliamentary Assembly for the Organization of Security and Cooperation in Europe led the multi-national delegation.

She said: "The most characterizing sign of the coup bid's target ... was the bombing of the parliament. We, as parliamentarians, condemn the coup attempt in the strongest terms."

"We are here to stand with Turkish parliament, government and Turkish nation," she added.

In his address to European parliamentarians, Kahraman said: "The EU chose to leave the Turkish nation isolated instead of standing with Turkey. This added to the EU's questionable attitude in the opening pages towards Turkey's membership [of the EU]."

"What we expect of our European allies is to support the Turkish nation's commitment to democracy. EU members failed to back Turkey's democratic system and steps taken in this regard," he added.