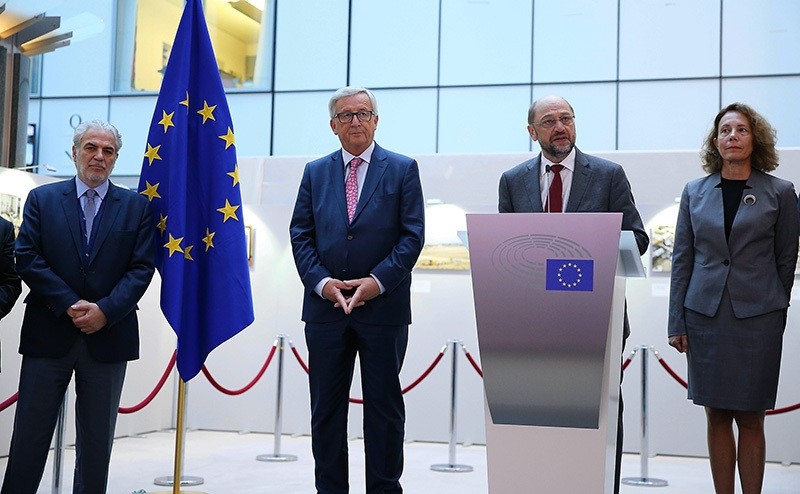 President of the European Parliament Martin Schulz (2nd R) speaks during the opening of a photo exhibition 'The missing lives of Cyprus' in Brussels, Belgium (AA Photo)
by Anadolu Agency Oct 12, 2016 12:00 am

The president of the European Parliament said Tuesday the EU would welcome a reunited Cyprus.

Martin Schulz's remarks came during the opening ceremony of a photographic exhibition -- Beneath the Carob Trees: The lost lives of Cyprus -- in the Belgium capital, Brussels.

The EU would not be whole until the entire island becomes a part of the bloc "because we believe that the reunification of Cyprus is bringing together those who belong to each other," Schulz said.

"If we lose this chance, we will not get a second one," he said, referring to ongoing negotiations.