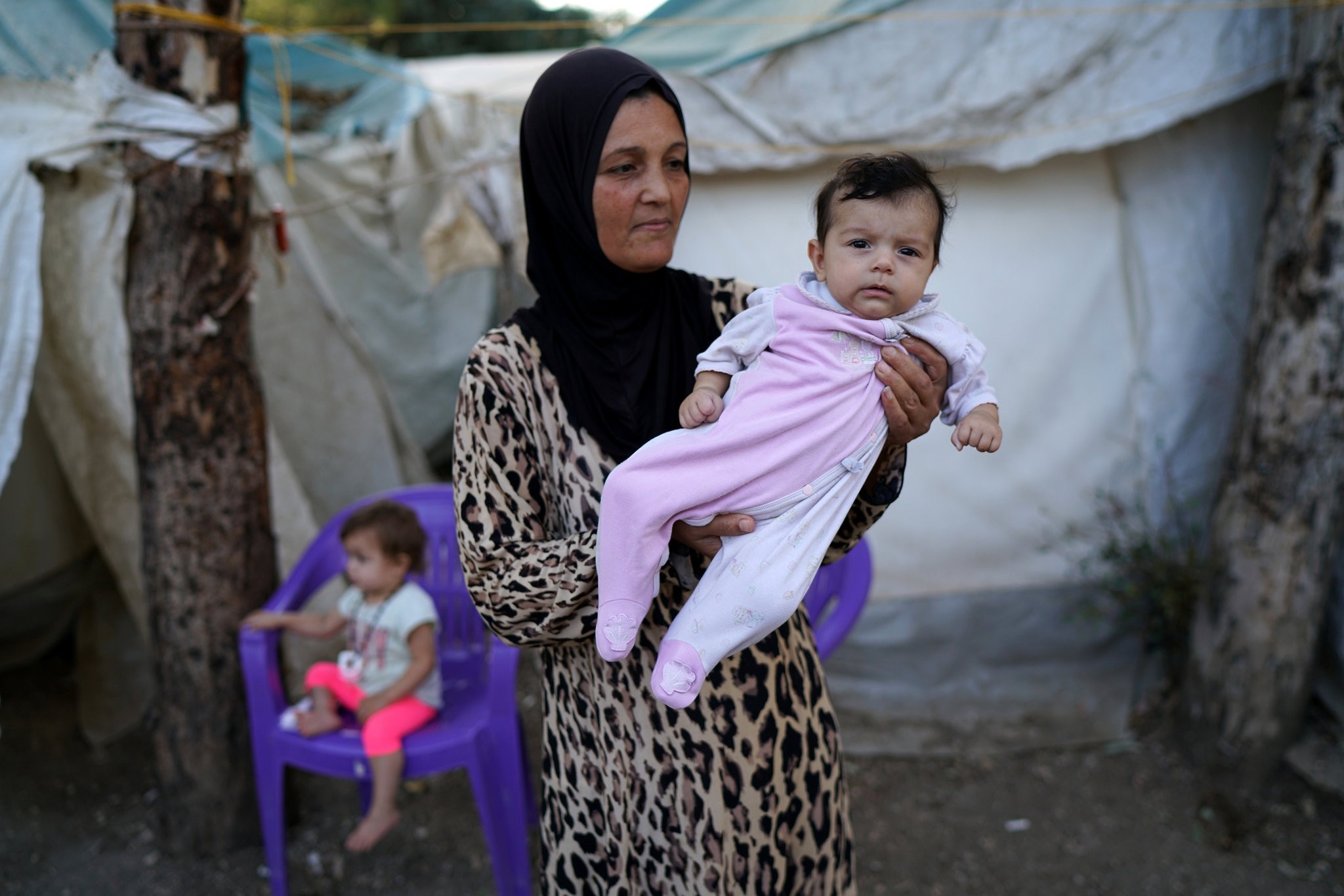 A Syrian refugee mother poses with her baby in front of their tent in Yayladagi refugee camp in Hatay province. (Reuters Photo)
by Anadolu Agency
Oct 17, 2016 12:00 am

The European Union announced Monday that €467 million out of €3 billion aid pledged for over 3 million refugees living Turkey had been disbursed.

"The total amount of funding allocated under the Facility [for Refugees in Turkey] now stands at over €2.2 billion, with over €1.2 billion already awarded via concrete contracts.

"Of this, €467 million has been disbursed to the implementing partners.

Juncker said the funding from the Facility, including the funds from the member states, was making a "real, tangible difference" to the lives of the over three million refugees hosted by Turkey, providing support for their immediate healthcare, education, food and protection needs.

"On 26 September, the Emergency Social Safety Net was launched by Commissioner Christos Stylianides together with the World Food Programme, the Turkish Red Crescent and the Turkish authorities in Ankara. This is not only the biggest EU humanitarian aid programme ever; it is also one of the most innovative.

"With €348 million in funding from the Facility, one million of the most vulnerable refugees in Turkey will receive a debit card, onto which they will receive a monthly cash transfer. This will help them cover basic needs such as food or shelter, as well as helping them to send their children to school," Juncker said.

"The first contract provides almost half a million Syrian children with access to regular schooling.

"The second provides around two million people with access to primary healthcare services through the creation of over 500 healthcare facilities and rehabilitative mental health services for up to one million people," he said, adding the Commission would continue to roll out further projects under the Facility in the coming months.

"The Facility is fully operational and helping refugees. The EU is thus delivering one of the key elements of the EU-Turkey Statement of March 2016."

The refugee deal, signed between Turkey and the EU on March 18, aims to discourage irregular migration through the Aegean Sea by taking stricter measures against human traffickers and improving the conditions of over three million Syrian refugees in Turkey.