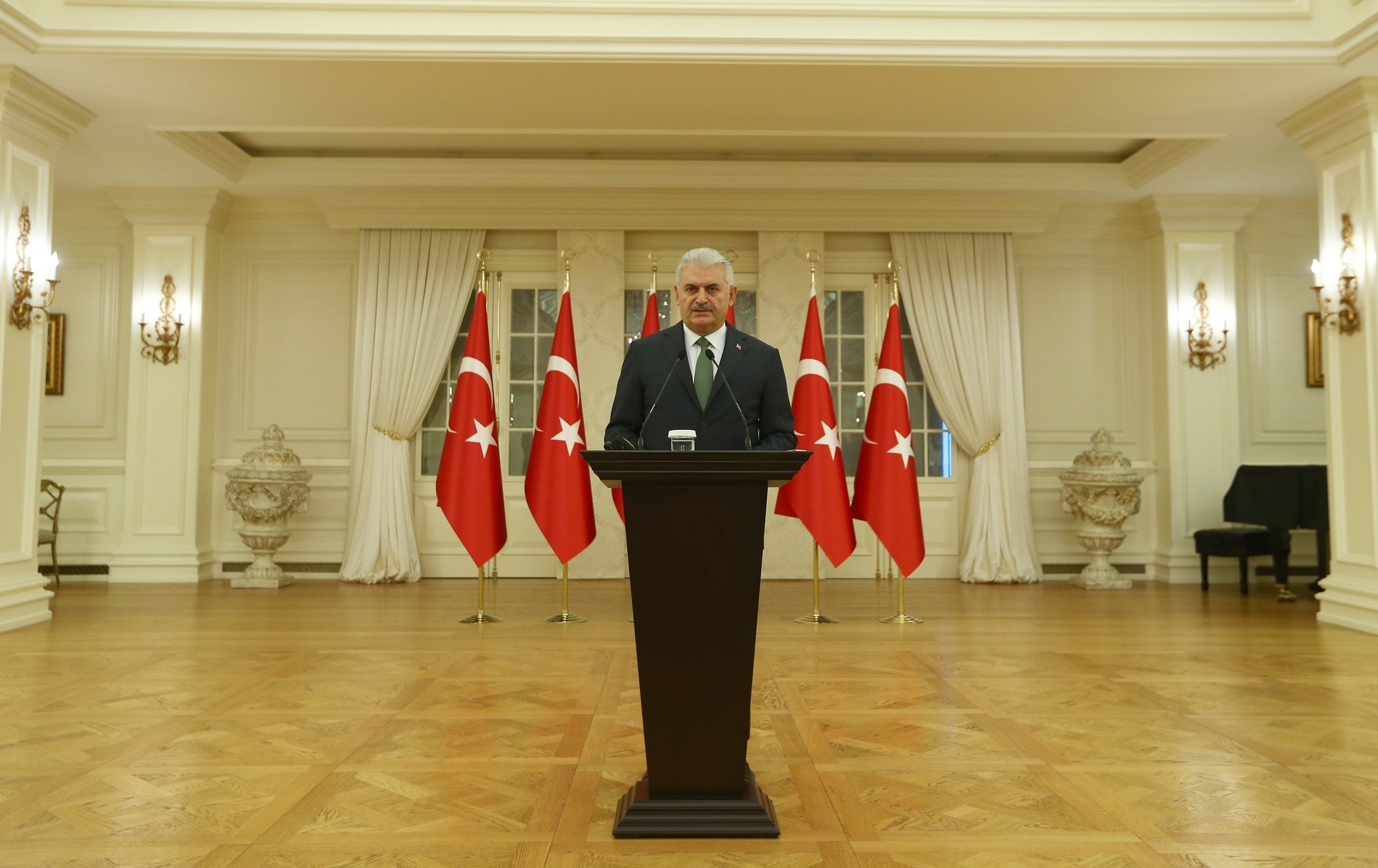 Prime Minister Binali Yıldırım said on Thursday that the European Parliament's vote to freeze Turkey's membership does not carry any importance as the ties between the EU and Turkey are already "forced relations".

"The EU should decide whether it wants to continue its future vision with or without Turkey," Yıldırım said of the vote.

"The European Parliament contradicts itself by taking such decisions while claiming that Turkey is an essential partner for the EU's security. We expect EU leaders to stand up against this lack of vision," the prime minister added.

Adopted on Thursday by 479 votes to 37, with 107 abstentions, the EP motion called on "the Commission and on the Member States to initiate a temporary freeze of the ongoing accession negotiations with Turkey".

Pointing out that it was a non-binding and non-legislative motion, the minister said, "we would respect the motion if it was constructive despite being critical [of Turkey]. However, this motion is politically inconsistent."

In the motion MEPs strongly condemned the alleged "disproportionate repressive measures" taken by the Turkish government since the July 15 failed coup attempt. These "violate basic rights and freedoms protected by the Turkish Constitution", they claimed.

The text also said Turkey used "non-proportional security measures" during the country's state of emergency, extended for another 90 days in October.

President Recep Tayyip Erdoğan also dismissed the vote as having "no value" as it is non-binding, and as most European Union member states so far want to keep the Turkey talks on track.