EU should stand stronger against terror, do its share for refugees, Erdoğan tells Merkel 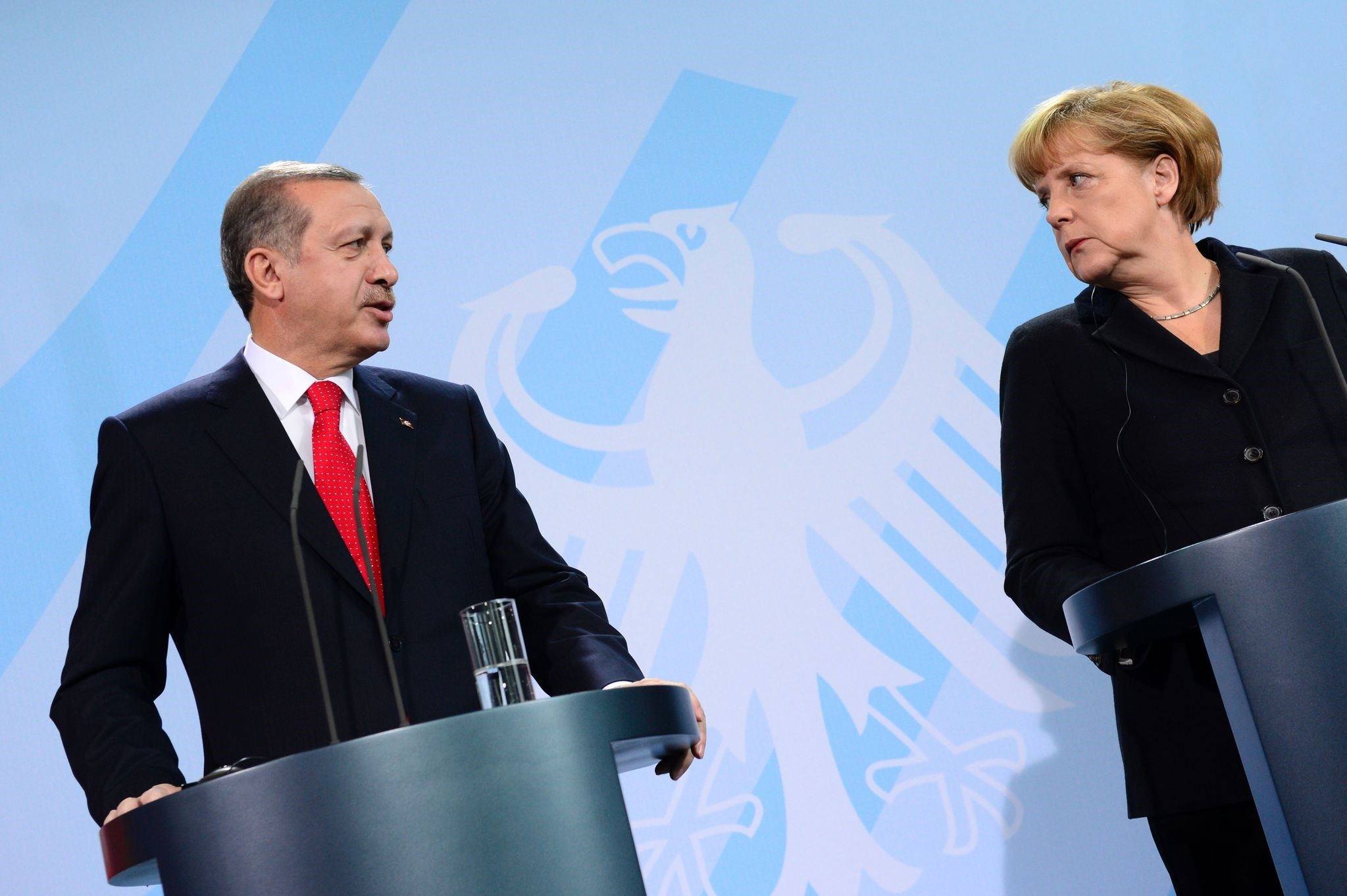 President Recep Tayyip Erdoğan and German Chancellor Angela Merkel discussed the regional developments on Thursday in a phone call as Turkish president urged the European Union to fulfill its promises regarding the refugee crisis.

According to presidential sources, Erdoğan asked Merkel to carry out a more active fight in preventing the activities and blocking the financial sources of the PKK and the members of Gülensit terror group (FETÖ).

​Despite Turkey's strong ties with the 28-member bloc in terms of economic relations, the EU's tolerance against terrorism and its criticism against Turkey regarding counterterror operations in its southeastern borders have heightened the tensions in the already strained diplomatic relations between the two sides.

The PKK terror group has been freely holding rallies across European capitals, with the authorization of EU officials, despite the PKK being listed as a terror organization by the bloc. Also the EU turned a blind eye to the July 15 coup attempt by FETÖ in Turkey and lacked in taking measures against the network's members in EU cities.

The president also told Merkel that the European Union must do its share for refugees. Turkey-EU relations have been strained lately regarding the refugees. On Wednesday, EU Minister and Chief Negotiator Ömer Çelik expressed his disappointment with the EU over its reluctance to send the funds it promised for refugees in Turkey and criticized the 28-member bloc over the lack of European initiatives for one of the biggest humanitarian crises of the century. President Erdoğan has also numerous times criticized the bloc for not implementing the visa-free travel for Turkish citizens.

In September 2015, Syrian and Iraqi migrants had marched toward the Turkish-Bulgarian border, calling on authorities to open the gates.

In consequence, the EU and Turkey signed a refugee deal on March 18, which aimed to discourage irregular migrations through the Aegean Sea by taking stricter measures against human traffickers and improving the conditions of nearly three million Syrian refugees in Turkey. The EU was supposed to grant visa-free travel for Turkish citizens in accordance with the deal, but has not yet fulfilled its promise.

President Erdoğan also congratulated the chancellor as Germany assumed the presidency of the G20.