Shanghai Pact not an alternative to the EU, affirms PM Yıldırım 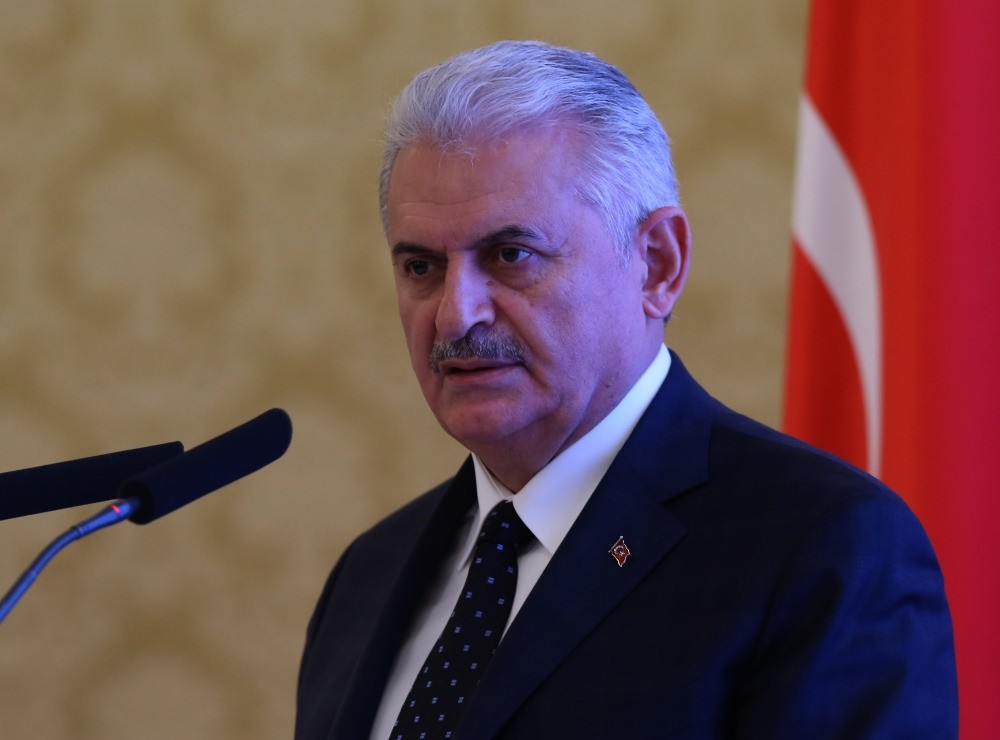 Ankara has stressed that Turkey's consideration of becoming a part of the Shanghai Cooperation Organization is an effort to expand its cooperation with other global players, not an alternative to Ankara's desire to join the European Union

Prime Minister Binali Yıldırım has stressed that Turkey is not "switching" its position from the European Union through its cooperation with the Shanghai Cooperation Organization (SCO) Energy Club, but is rather enhancing its "determining position in the region." Speaking to media members during his visit to Russia, Prime Minister Yıldırım said, "Our remarks on the Shanghai Union are nothing new. We have been doing so even when our relations with the EU were normal. The Shanghai Union is not an alternative to the EU."

Turkey and the EU are experiencing tense relations especially following the European Parliament's (EP) approval of a resolution to freeze Turkey's full membership bid to the EU. Ankara has stressed that the decision is a non-binding political decision. Prime Minister Yıldırım said, "Turkey is not switching its allies, you must know that. Turkey is standing where it is. We have responsibility over the events occurring throughout our region. We have times of good relations with the EU as well as times of crisis and currently it is a little tense. I do hope it recovers soon. In the upcoming year, there are elections in five EU member states thus, uncertainty [in the EU] will continue."

Turkey was elected to chair the Shanghai Cooperation Organization (SCO) Energy Club in 2017, being the first non-SCO country to do so. In addition to the SCO, Turkey has also gained the chairmanship of the Asian Parliamentary Assembly (APA) for the next two years after the decision was officially declared last week during an executive meeting held in Cambodia. Commenting on Turkey's SCO involvement, Yıldırım further added that "we are dialogue partners with the Shanghai-5, it is a not a new matter. In the upcoming year they will invite us to the prime ministerial meeting … We were in cooperation even when our relations with the EU were normal. We are in similar co-ops such as the Black Sea Economic Cooperation (BSEC) and the Organisation of Islamic Cooperation (OIC). Turkey, due to its geography and culture, is in Asia and in Europe, similar to Russia. Thus, Shanghai is not an alternative to the EU. We are not using it [SCO] to scare the EU. Turkey cannot disregard the threats and opportunities it faces. We do not have the luxury to say 'the EU is our only option and will be there whenever it wants us to be there.'"

Noting that Turkish-EU relations have existed for more than 50 years, Yıldırım also said Turkey is used to the domestic politics in Europe. "There was an anti-Turkey campaign throughout Britain's Brexit process. Similar incidents were experienced in Austria as well," the prime minister added. He further urged the EU to be "sincere," and not apply "double-standards" against Turkey while stating that "they must not cooperate with those who give trouble to Turkey."

In September 2015, Syrian and Iraqi migrants had marched toward the Turkish-Bulgarian border, calling on authorities to open the gates. As a result, the EU and Turkey signed a refugee deal on March 18, which aimed to discourage irregular migrations from passing through the Aegean Sea by taking stricter measures against human traffickers and improving the conditions of nearly 3 million Syrian refugees in Turkey. The EU was supposed to grant visa-free travel for Turkish citizens in accordance with the deal, but is yet to fulfill its promise.
Last Update: Dec 09, 2016 2:33 pm
RELATED TOPICS