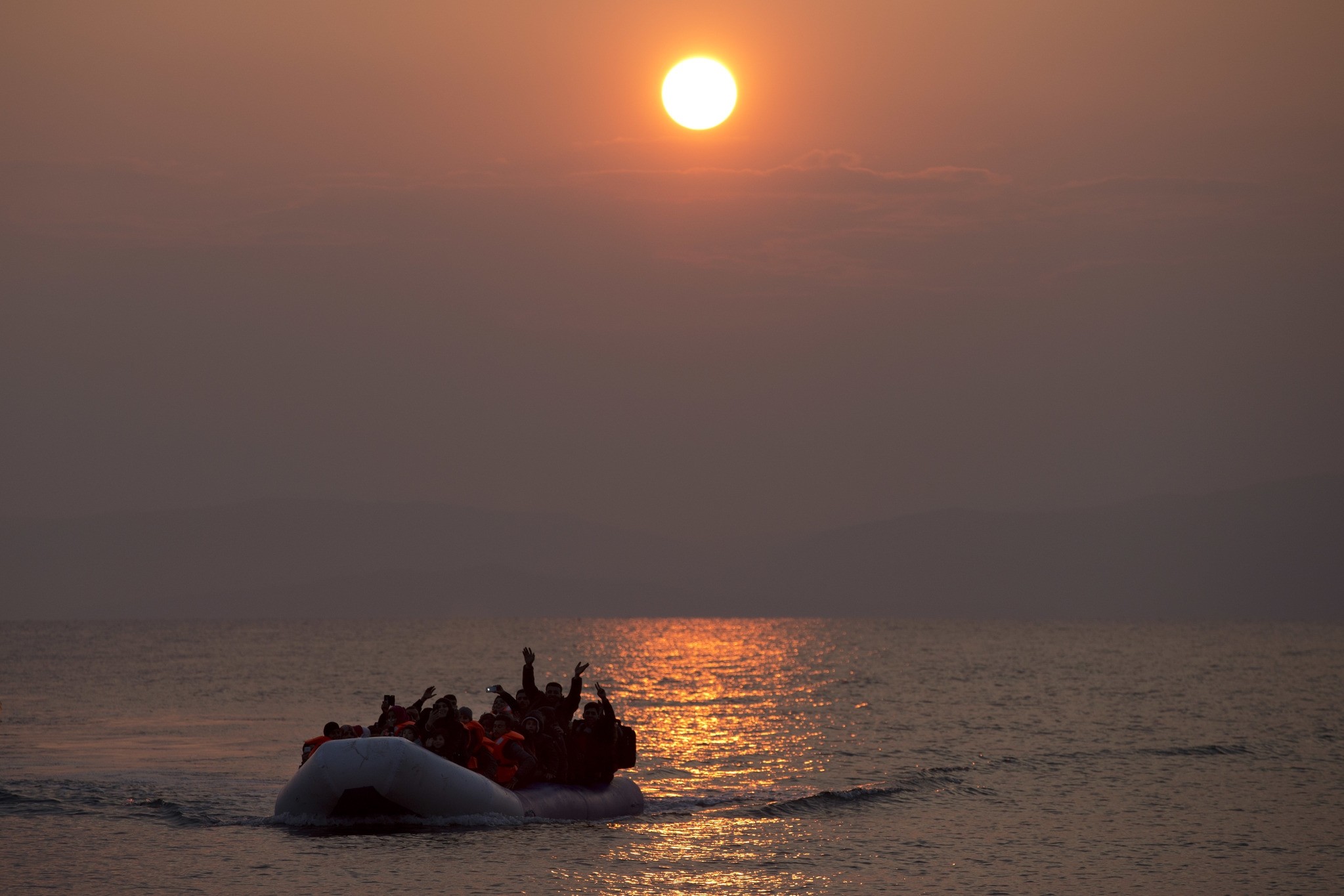 by Daily Sabah with AA Dec 10, 2016 12:00 am
An EU-Turkey joint statement yesterday confirmed that the number of irregular crossings over the Aegean Sea remain dramatically lower when compared to the period before a deal was struck between the two entities. However, despite the reported success, the expected visa liberalization deal between Turkey and EU has not been moving forward.

Arrivals in Turkey have averaged 90 per day since March, compared to 10,000 on a single day in October last year. On March 18, Turkey and the EU signed a deal to discourage illegal migration crossing the Aegean Sea by taking stricter measures to stop human traffickers and improving the living conditions for nearly 3 million Syrian refugees in Turkey. Within the framework of the deal, 18,000 refugees would be resettled and 54,000 others would be relocated by EU countries, which makes 72,000 in total.

After illegal crossings between Turkey and the EU have been brought to a halt or at least substantially and sustainably reduced, a Voluntary Humanitarian Admission Scheme to which EU member states would contribute on a voluntary basis will be activated, according to the report.

However, on Thursday, numbers revealed that of the 72,000 total refugees affected by the deal, only 2,761 Syrians have been resettled in EU member states and 748 refugees have been sent back to Turkey. Although illegal daily crossings have reduced "substantially and sustainably," the pledged Voluntary Humanitarian Admission Scheme has not yet been activated.

The report also said that the EU has sent 677 million euros to Turkey to host refugees fleeing conflict zones. "The commission is taking all necessary efforts to ensure the acceleration of disbursements under the facility, the sum of which has now reached 677 million euros," the report said. However, although the funds were expected to be sent to Turkey, as promised by the EU authorities, the visa liberation process has been facing challenges.Regarding the implementation of the Visa Liberalization Roadmap, the report said there are still seven benchmarks that remain to be met as highlighted in the third report in September. They include the adoption of measures to prevent corruption foreseen by the Roadmap; revision of legislation and practices on terrorism in line with European standards; alignment of legislation on personal data protection with EU standards and effective judicial cooperation in criminal matters to all EU member states.

The EU has been criticized by Turkey for making heavy weather of the visa liberalization against Ankara. Ankara argues that, despite threats posed by several terror groups against Turkey's national security, Brussels' insistence that Turkey revise its terror laws is politically motivated.