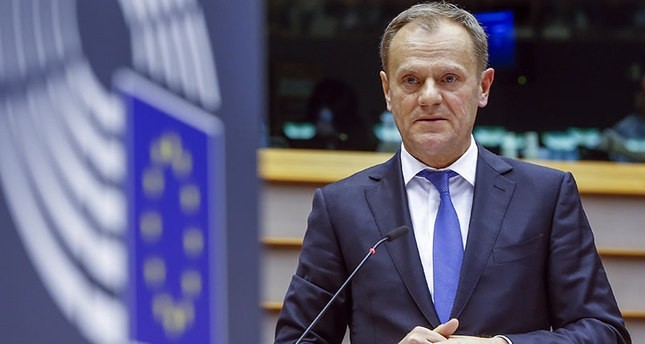 A high-ranking European Union (EU) official said that the member countries welcomed the proposal. In the final statement of the EU summit held on the same day, the bloc reiterated commitment to the deal.

Turkish officials have previously asserted that they are also committed to realizing the deal, also adding that the union has not fulfilled its promise to grant visa-free travel to Turkish citizens, which may lead to the "natural death" of the deal as the year 2016 nears its end.

While Europe had been experiencing its biggest migration crisis since World War II, the deal with Turkey almost brought the migration flow to an end. The agreement was signed after Tusk warned member states that Europe's Schengen passport-free travel zone is on the edge of collapsing.

On the other hand, EU officials acknowledged that Turkey has been fulfilling its obligations in the refugee deal struck with the EU in March. Refugee flows from Turkey have been reduced to approximately 80 per day.