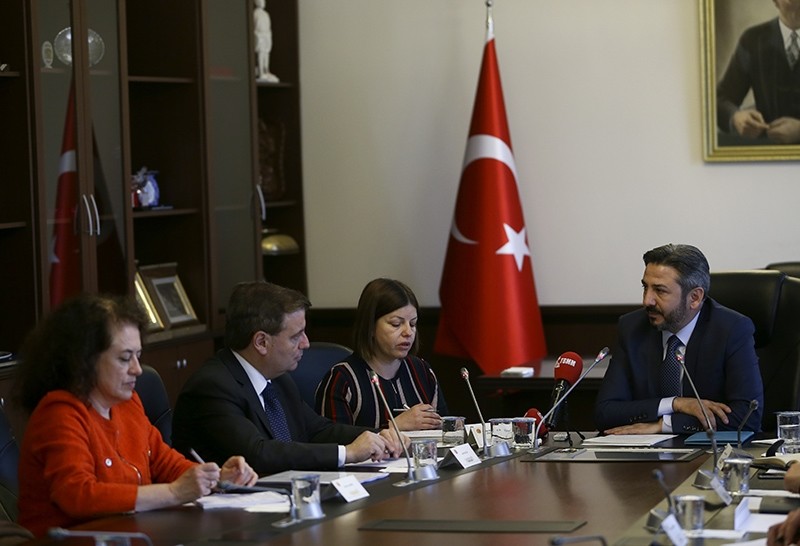 The Parliamentary Assembly of the Council of Europe (PACE) is almost taken hostage by individuals with an anti-Turkey agenda, Deputy Parliamentary Speaker Ahmet Aydın told PACE rapporteur on Wednesday.

Aydın suggested that Turkey is being singled out for unfair criticism.

"We believe that those who ask Turkey to be discussed as a hot topic and urge PACE to create reports on the operation of democratic institutions on a frequent basis do not have good intentions" Aydın said.

His remarks came as he received PACE rapporteur Jordi Xucla in the Turkish capital Ankara.

Turkey is in close contact with the council and pays attention to its reports, Aydın said.

However, he said Turkey had received "severe criticism based on groundless claims" during PACE meetings.

"What we expect of the Council of Europe is that it does not [cause] Turkish people to lose belief in Europe due to unreasonable criticism which [supports] terrorism.

"Rather, the Council of Europe should support the Turkish people's commitment to democracy and the steps on this," he added.

Aydın stressed Turkey's determination to move forward on democratization "with its parliament, government and people" and to maintain good relations with PACE.

Xucla, whose visit came eight months after the deadly 15 July 2016 coup attempt, expressed solidarity with Turkey in its fight for democracy.