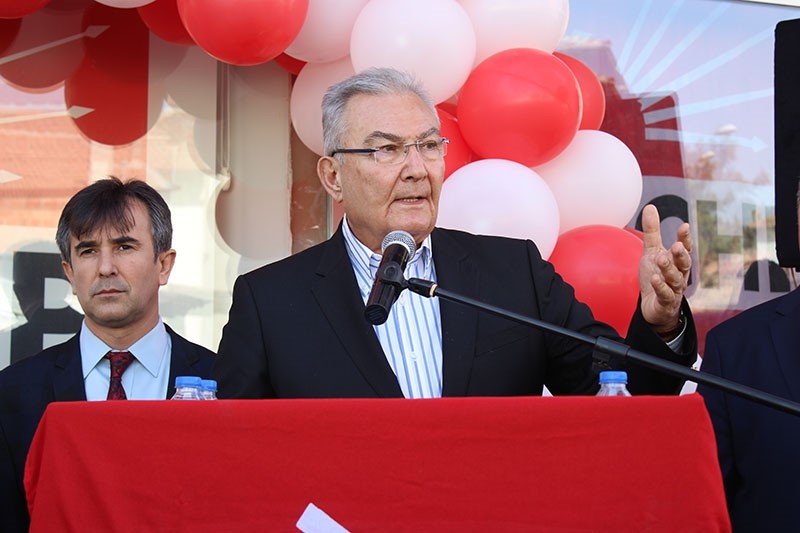 Germany has approved to let Deniz Baykal, former chairman of the main opposition People's Republican Party (CHP), to hold a referendum speech for the "No" campaign in a German town, only two days after cancelling meetings of Justice Minister Bekir Bozdağ and Economy Minister Nihat Zeybekci of the "Yes" camp.

The German authorities in the southern German town of Gaggenau controversially withdrew permission on Thursday for an event organized months in advance, where Turkey's Justice Minister Bekir Bozdağ would have met with the Turkish community.

Bozdağ was expected to address the crowd about the upcoming referendum on April 16 for the proposed constitutional amendments in Turkey.

A senior politician among the opposition and current Antalya deputy from the CHP, Deniz Baykal, was also scheduled to hold a similar speech – only with the exception to speak against voting for the referendum – in Filderstadt near Stuttgart on Sunday, which was approved by German authorities on Saturday.

Minister Bozdağ called the decision to stonewall his speech an act of facism and said that a mutual stance should be taken against extremism.

Bozdağ also said that he hopes Germany won't cancel Baykal's speech, and added that it is a democratic right for anyone who abides by the constitutional order to hold a speech anywhere.

Meanwhile on Saturday, CHP's Germany representative Hayri Çiçekdağı said that Baykal decided not to attend the meeting upon the controversial bans on Turkish ministers' meetings.

Çiçekdağı said that Baykal considered his participation in a meeting in Germany might lead to a domestic political row.

Baykal himself also confirmed in a rally in Turkey that he won't attend to the meeting.