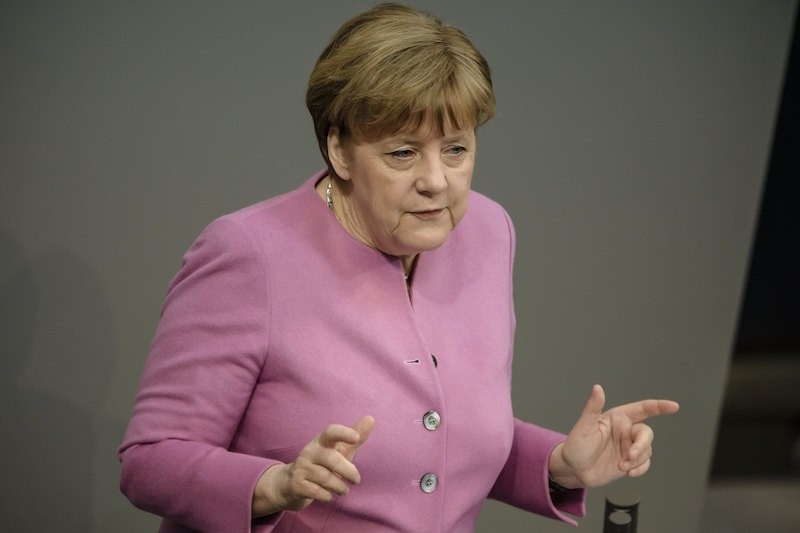 German Chancellor Angela Merkel speaks on a government policy statement on the European Council in the German Parliament in Berlin, Germany, 09 March 2017. (EPA Photo)
by Daily Sabah with AFP Mar 09, 2017 12:00 am

In spite of escalating tensions between Turkey and Germany following a string of banned meetings, Chancellor Angela Merkel has pledged to work for relations between the two countries.

Merkel said Thursday that Germany must not allow Turkey to "grow more distant," despite a bitter row in which President Recep Tayyip Erdoğan has likened her government to the Nazis.

"As difficult as everything is at the moment, as unacceptable as some things are, it can't be in our security and geopolitical interest that Turkey, a NATO partner after all, grows even more distant from us," she told parliament.

Merkel vowed to "work for German-Turkish relations, on the basis of our values and in all clarity."

German authorities have angered Turkish officials following a series of canceled meetings and public appearances in the country.

Foreign Minister Mevlüt Çavuşoğlu, who is in Germany to promote the 'yes' vote for April's referendum, has had several meetings canceled by German officials.