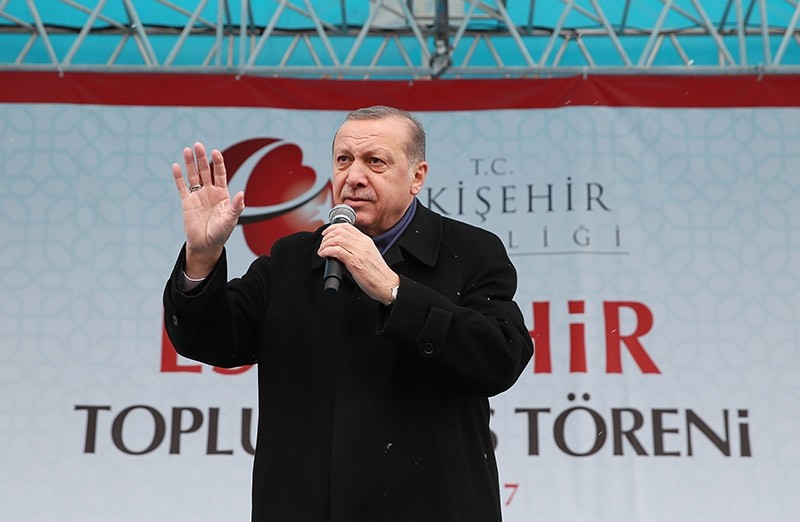 President Recep Tayyip Erdoğan on Friday slammed the EU Court of Justice's decision to uphold a headscarf ban at workplaces by employers, calling the ruling violations of freedom of religion and faith.

Addressing a ceremony in northwestern Eskisehir province, Erdogan said: "We are sick of this. You said, there is freedom of religion, freedom of faith!"

"I dare you to ban the skullcap," he added, referring to the traditional hat worn by some Jewish men and boys as a symbol of their faith.

He also criticized the Dutch government's mistreatment of a Turkish minister that ended up in a diplomatic row between the two countries.

He also slammed the Dutch authority for imposing a flight ban on Turkish Foreign Minister Mevlüt Çavuşoğlu on the same day.

"We will apply flight ban on those who imposed flight bans on my minister," Erdoğan added.