European Parliament bans Daily Sabah but does not know exactly why 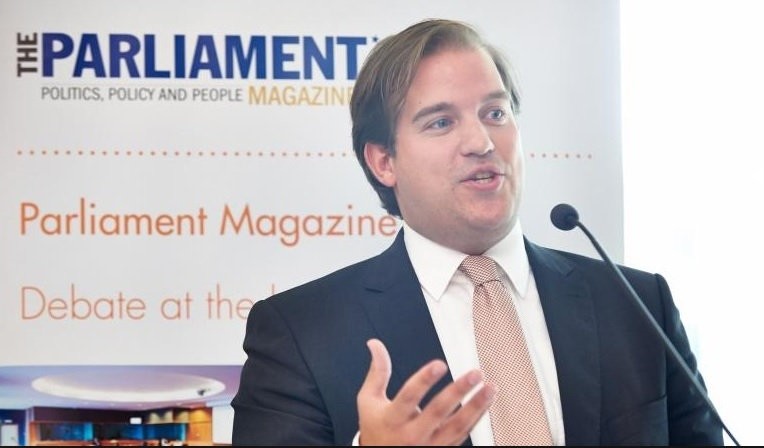 Christian democrat and Dutch member of parliament Jeroen Lenaers requests the ban on Daily Sabah at EP.
by Mehmet Solmaz
Mar 24, 2017 12:00 am

A decision by the EP to prohibit the distribution of Daily Sabah at the parliament, which has drawn harsh criticism, seems to have been caused by a Dutch MEP's attempt to ban the newspaper based on a story published by a different news outlet

It has been revealed that the decision to cancel the distribution of Daily Sabah at the European Parliament (EP) was approved by EP President Atnonio Tajani after a Dutch member of parliament admitted that he sought a ban with a story published by a different news outlet. The hate campaign was launched by Jeroen Lenaers (R), a Christian democrat and Dutch member of parliament, when he sent a letter to President Tajani. Lenaers pointed out a story titled "Gülenist Terror Group (FETÖ) network in Holland," and claimed well-known Gülenist Turan Yazır and other FETÖ members were being targeted by Daily Sabah. However, the story in question was not published by Daily Sabah but the web team of its sister newspaper, Sabah. When asked why Lenaers wanted a ban on the distribution of Daily Sabah, his press adviser Dirk Gotink told Daily Sabah, "It is clear from our comments to the press isn't it?" and pointed out the stories in the Dutch media, all of which brought accusations by Lenaers that Daily Sabah targeted some Dutch citizens of Turkish origin. After explaining that the story was not Daily Sabah's, Lenaers stopped making the claim that led President Tajani to make a decision that has been interpreted by many as a "blow to press freedom."

Lenaers later came up with another reasoning, saying he finds it "unfit for the Parliament services, paid with European taxpayers' money, to facilitate the distribution of" Daily Sabah, and pointed to one of its columnists' article in which the columnist is criticizing the Dutch prime minister for his physical attack on Turkish journalists, diplomats and citizens in Rotterdam. Daily Sabah Editor-in-Chief Serdar Karagöz said the opinions of the columnists are their own views and checking out Daily Sabah editorials would give an insight on where the paper stands

There are tens of newspapers, including English-language Chinese, Arabic among others, arriving to the distribution center of the EP every day and Daily Sabah being the only newspaper to be banned is a decision that shocked many. The EP's Turkey rapporteur Kati Piri wrote on her Twitter account: "Dubious decision to ban Daily Sabah from EP. Selective press freedom. Curious to hear from @EP_President official reasoning."

When Daily Sabah asked Lenaers whether he is willing to work toward reversing the ban if his accusations are proved to be wrong, he said, "There is no need to reverse any decision." While calling the distribution of the paper as "outrageous" and later the cancellation of it as a "ban." Lenaers this time said, "the newspaper is not banned" and added that the paper will no longer be distributed by the EP Services

Speaking to Daily Sabah, Marjory van den Broeke, head of the press unit of the EP, confirmed the decision and said, "Some [members of parliament] were not happy with your paper." Like several other newspapers distributed on a daily basis at the EP, Daily Sabah's copies are only available on Tuesdays. When asked if the ban has been applied to all papers, Broeke said this is not the case and claimed the cancellation of Daily Sabah's distribution is not a ban. "The Daily Sabah has not been banned from the European Parliament. Copies are available at the distribution center." When reminded that tens of other newspapers being distributed in the same manner, such as delivering them to the members of parliament's offices, and what the reason behind this double standards is, Broeke left the question unanswered.

Now, it has also been discovered that Lenaers previously spoke with the owners of now-defunct Zaman, a newspaper owned by FETÖ, and called on Ankara to release Mehmet Baransu, a suspected FETÖ reporter who faces multiple criminal charges in Turkey. Lenaers also shared the tweets of a fugitive FETÖ suspect Abdullah Bozkurt, who regularly targets Daily Sabah with false accusations through his Twitter account.

Baransu is standing trial for major plots, including two regarding secularist members of the Turkish military and the Fenerbahçe sports club. His ex-wfe told the media that she was threatened by Baransu. She also claimed that the reporter received money from "some people" and was involved in activities with some "friendly prosecutors." Following the July 15 coup attempt, hundreds of prosecutors were dismissed from duty for alleged links to FETÖ.

Following the forced deportation of Turkish Family and Social Policy Minister Fatma Betül Sayan Kaya, De Telegraaf – which also targeted Daily Sabah alongside Lenaers – kept quiet on the police attacks and aggression toward members of the press in Rotterdam. Moreover, it ran a scandalous headline that read, "We're the bosses here!" causing anger and frustration among some half a million Turks living in the country.

President Recep Tayyip Erdoğan addressed the ban while he was speaking at a rally in western Denizli province.

"They prevented it from reaching the MEP's . You said there was freedom of press [in Europe]. Why did you ban it? You will give us an explanation for this," he said.

Copies of Daily Sabah carrying the headline "EU acts as if Dutch attack on democratic rights never happened," could also be seen in the photograph used by De Telegraaf. The story described how the European Commission stood silently when Daily Sabah asked if they had anything to say about the physical attacks on Turkish journalists at the hands of Dutch police officers. "Do you approve of the Netherlands' aggression on Saturday night toward Dutch-Turks, Turkish diplomats and journalists? Do you condemn them?" Daily Sabah asked at the EU Commission, only to receive no clear answer.

The decision demonstrated "the ugly face of the European Parliament. I condemn this ugly face," he added.

Presidential Spokesperson Ibrahim Kalın also reacted to the ban with a tweet on Saturday.

2/ The banning of @DailySabah shows that some in Europe believe in media freedom only when it means attacking and smearing Turkey.

Deputy Prime Minister Numan Kurtulmuş condemned the "one-sided" and "unacceptable" decision as well, saying such moves "play into the hands of neo-fascists and Neo-nazis."

The blockage on the distribution of the newspaper, which had previously taken place every Tuesday, was confirmed to Daily Sabah by the parliament's media office on Thursday.

In a statement over the weekend, President Recep Tayyip Erdoğan said Turkey would retaliate if the newspaper were to be banned. On Thursday, the Directorate General of Press and Information (BYEGM) condemned the decision as a "black mark" in the history of the press.

The Anatolian Publishers Association (AYD) slammed the ban as well. Stressing that such a ban would not bring anything good to the EP, the AYD called on the parliament to rectify the mistake.