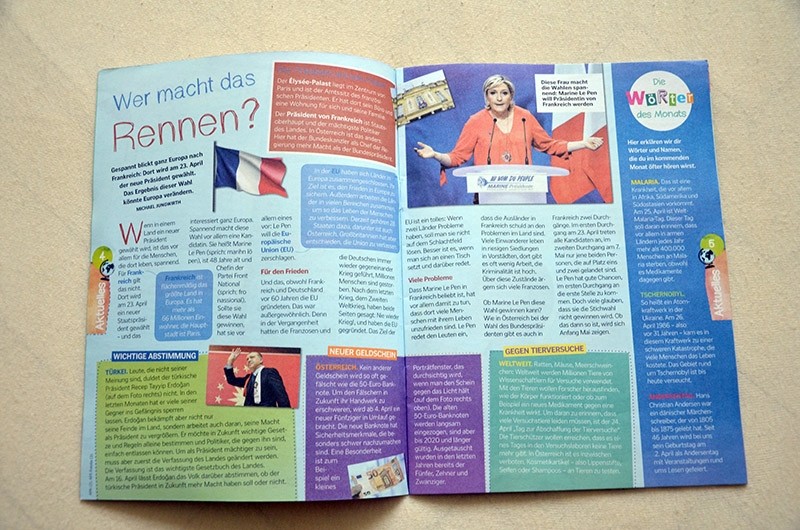 A primary school in western Austria's Vorarlberg state has distributed anti-Erdoğan magazines to its students before the upcoming April 16 referendum in Turkey.

The magazine called "Break Newspaper" was handed out with a special permit to third and fourth grade students as part of a pilot project of a private publication organization.

The project, which aims to promote reading habits among children, mainly focused on the upcoming elections in Europe.

However, misinformation and one-sided comments regarding President Recep Tayyip Erdoğan and the constitutional amendment package that was included in the magazine drew criticism from parents.

Turkish students, who recognized Erdoğan in the pictures, alarmed their parents, despite being explicitly told "not to bring the magazine home."

Parents of Turkish origin voiced their concern about the school playing politics with their children.

One parent, who wanted to remain anonymous fearing her child would face problems at school, told Anadolu Agency that she felt sorry for the children, who were told to read the magazine only at school.

Dr. Bernadette Mennel, who is the inspector responsible for the schools of Vorarlberg, ensured that the issue would be investigated by related units.

It was also stated that the magazine was on a trial period at the school, and would be regularly distributed if the students showed interest in reading it.