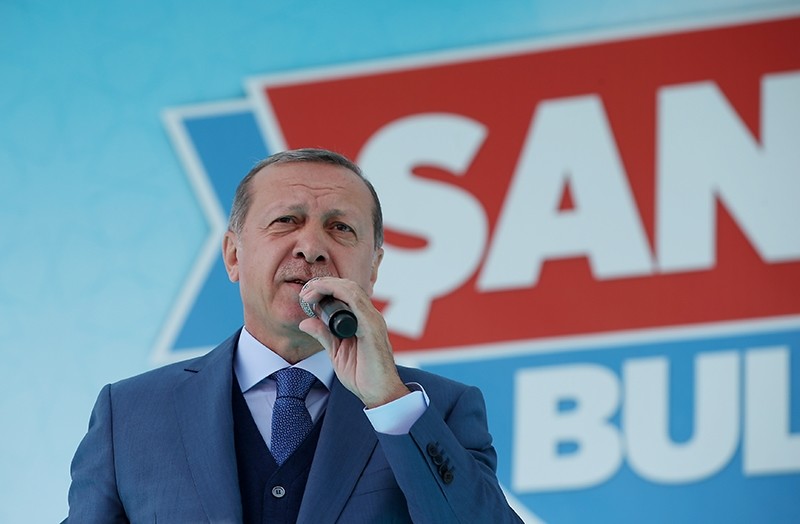 President Recep Tayyip Erdoğan questioned once again the bias of some European countries in Turkey's referendum process and criticized their interference in Turkey's domestic politics.

Speaking to a huge crowd of supporters in southeastern Turkey's Şanlıurfa, Erdoğan said it was hard to understand why some EU states would be bothered by a change of system in Turkey.

"Marginal gangs like Daesh and the DHKP-C [Revolutionary People's Liberation Party] are bothered by this. Let's say we understand that. But, why are the European states bothered? How it is their business to be concerned with the type of system Turkey is governed by? Most of them are governed by monarchies. Be it a king or a queen, it is their choice. We, too, as a country have made a decision. What does that matter to you?" said the president, responding to the criticism from some EU states against Turkey's choice of holding a referendum.

Many EU states have voiced their position against the "yes" campaign, despite being a democratic choice and representing the people's will.

The EU's biased stance has received criticism from the Turkish government and the opposition Nationalist Movement Party (MHP), who have condemned it as interference in Turkey's internal politics.

Erdoğan added that even if EU states were against Turkey's decision, due to historical issues, the main opposition party (CHP) should not reject a constitution that will bring modernity to Turkey, as opposed to the one established after the Sep. 12, 1980 military coup.

The current constitution, long criticized for not being inclusive, was drafted after the 1980 military coup that disposed of a democratically elected government.