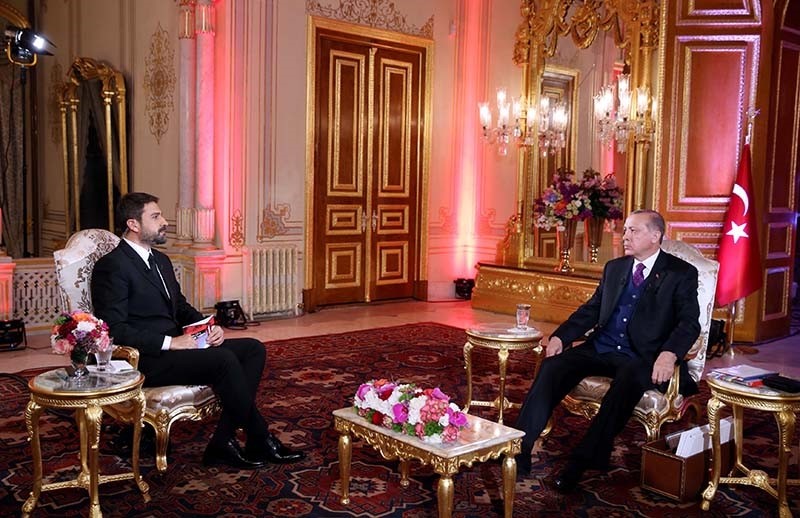 Turkey will review its relationship with the European Union following the constitutional reform referendum on Sunday, President Recep Tayyip Erdoğan said on Friday.

Speaking to a joint broadcast with TRT channels, Erdoğan highlighted that Turkey, a candidate country to join the European Union, had been unduly left waiting outside the bloc.

"Turkey is not their scapegoat. Everyone will know their place," he said.

Tensions have been high between Turkey and Europe, especially Germany and the Netherlands, during the campaign, with Erdoğan dubbing some leaders as "fascists" and accused them of behaving like "Nazis" after the aforementioned countries prohibited pro-"Yes" campaigns and blocked the entry of Turkish politicians as part of the referendum campaign.

Erdoğan also noted that surveys suggest the proposed constitutional reform would pass in Sunday's vote, saying polling research indicate a victory for the "Yes" side.

"Some rates show below 55 percent, some show between 55 and 60 percent," he said, with just one day left before campaigning closes.

Earlier in the day, Turkey's EU Minister Ömer Çelik said he offered to hold a summit with the bloc to discuss the future of bilateral ties after the referendum.

"We have reached the lowest point in the crisis with the EU. To get out of that, what I have proposed to them is that a summit is needed," he told HaberTürk channel.

Foreign Minister Mevlüt Çavuşoğlu the day before was quoted by Anadolu Agency as saying the country would push ahead for a visa-free travel deal to Europe, adding this was tied to a migration agreement reached last year.

Turkey heavily criticizes the EU for dragging its feet on commitments and therefore, slowing down the process to end the migration.

On the financial side, only 750 million euros ($797 million) has been allocated so far for the care of the refugees in Turkey, far below the pledged 3 billion euros promised to the country that has been a hub for refugees from all around the world due to its position a gateway to Europe from the Middle Eastern and Asian countries.