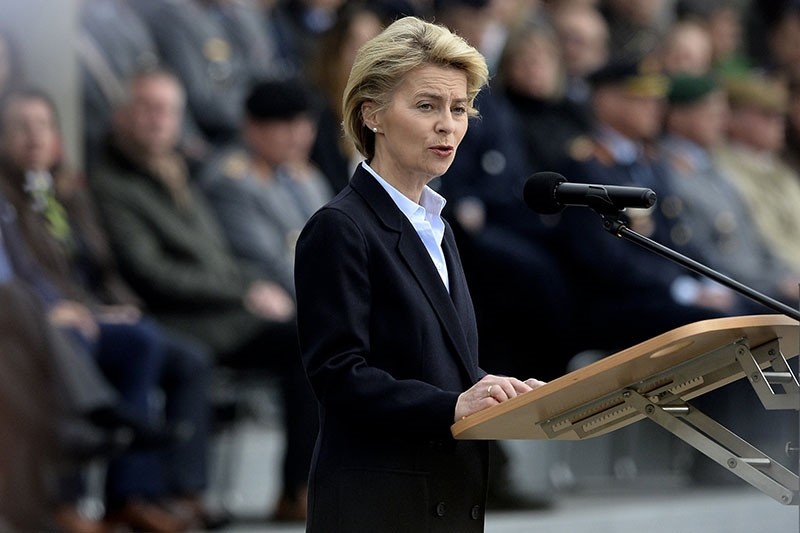 German Minister of Defense Ursula von der Leyen spoke to the German newspaper "Bild" Monday, stating that she sees the future of Turkey within NATO. The statement comes as foreign heads of state congratulate President Erdoğan for the results of the constitutional referendum.

Von der Leyen defended Turkish NATO membership by saying that current developments in Turkey make the situation more difficult for its international allies, but that "no one should believe that a Turkey outside of NATO is easier handle than a Turkey inside NATO."

She said that as long as Turkey remained a NATO member, more intensive discussions on the conceptualization of democratic and open societies could take place. Von der Leyen added that Turkey and other NATO members were still linked to each other by common security interests.

In a similar sense, German Minister of Foreign Affairs, Sigmar Gabriel, told "Bild" that Turkey continues to be an important ally, "Turkey remains a great neighbor, whom we did not even exclude from NATO during the military dictatorship at the beginning of the 80's, in order not to drive it into the arms of the Soviet Union. Today we also want to keep Turkey with us and do not want to push it into isolation with regard to foreign affairs or into the direction of Russia. Then and now, the objective prevails that we have to think not only about today, but about tomorrow as well."