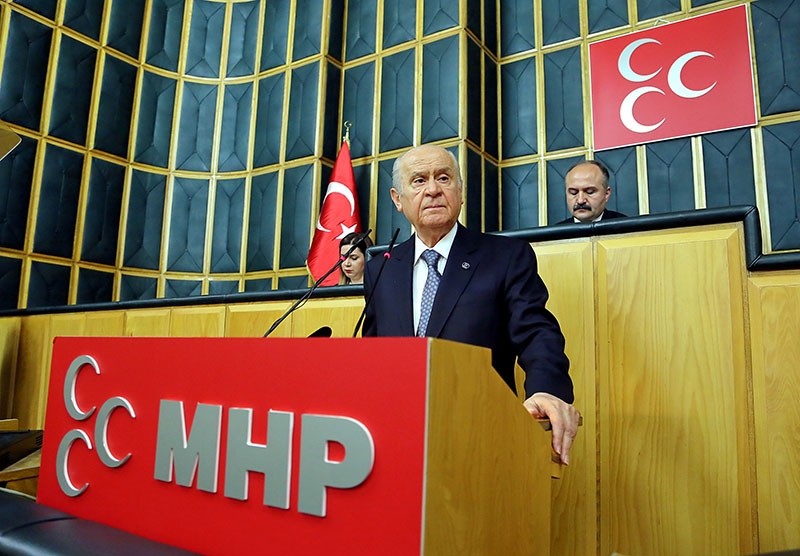 Bahçeli backed the government's ruling against a visit by German lawmakers to the İncirlik air base in Turkey's south.

Speaking at a meeting of MHP lawmakers on Tuesday, he criticized German Foreign Minister Sigmar Gabriel's remarks on the possible withdrawal of German troops from the base in Adana province.

"They may withdraw soldiers this week or next week," he said, adding: "Good riddance to you."

Bahçeli's comments came amid worsening ties between Berlin and Ankara over a row about granting German lawmakers access to troops stationed at the NATO base.

"They could find another country," Bahçeli added. "Why are you still hanging around here, what are you waiting for, why are you wasting time? You may go to Jordan or Timbuktu. Go without a backward glance."

He also suggested Germany could pull its troops out of a NATO air base in Konya province.

On Monday, Gabriel said lawmakers had a constitutional right to visit German armed forces as they are controlled by parliament.

German ministers are due to discuss a potential withdrawal from İncirlik on Wednesday.

Tension between Turkey and Germany rose last week after a German parliamentary delegation was not allowed to visit the İncirlik Air Base, where German troops are stationed.

The two countries went through the same crisis almost a year ago. A German parliamentary defense commission delegation was not allowed to pay a visit to the İncirlik Air Base after the German parliament adopted a controversial resolution regarding the events of 1915.

Since 2015, Germany has stationed around 260 troops, six high-tech Tornado surveillance jets and a tanker aircraft at İncirlik Air Base.