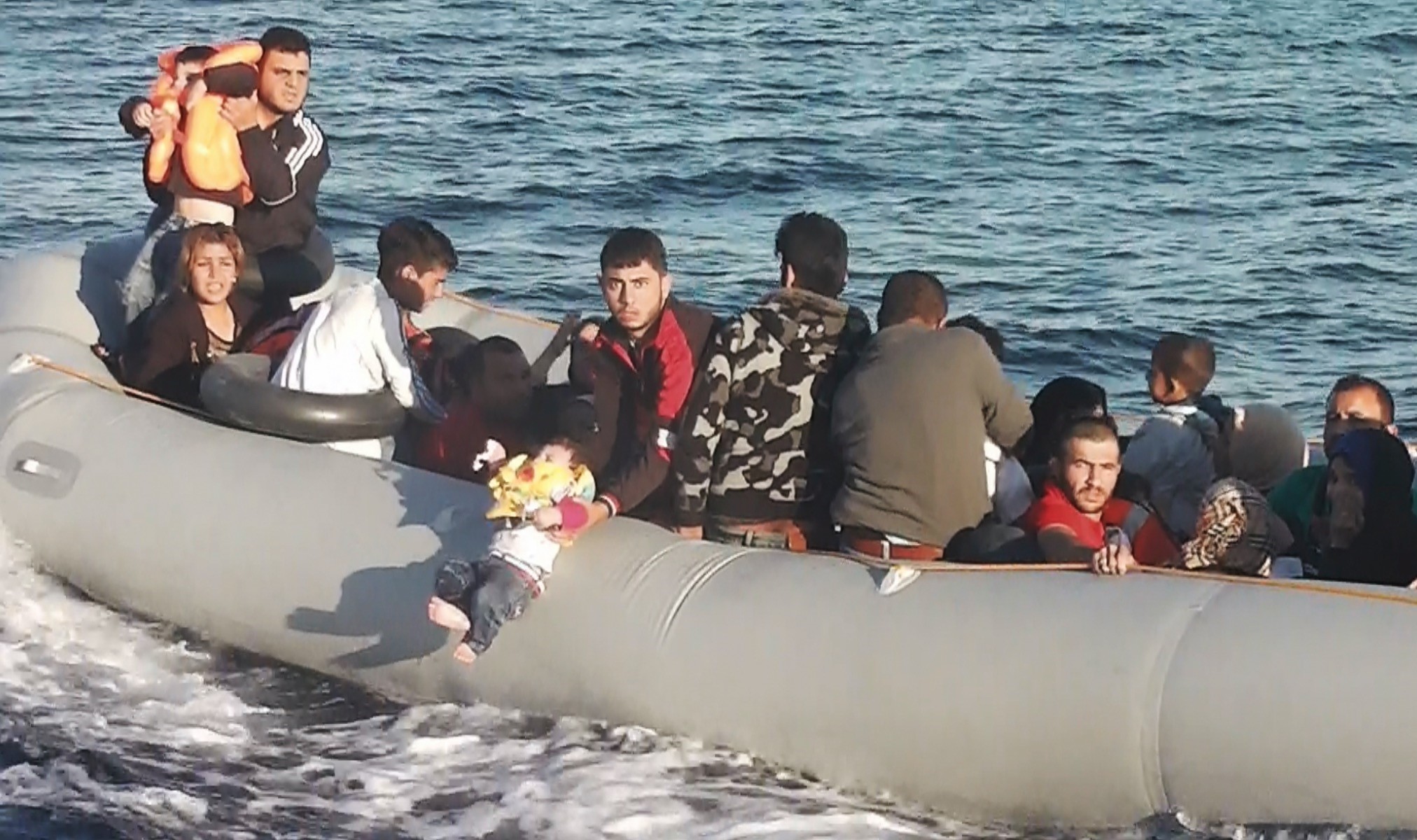 Greek Migration Minister Yiannis Mouzalas on Saturday underscored the significance of further cooperation between Turkey and the EU in curbing the flow of migrants as some member states, spearheaded by Germany, argue for ending accession talks with Ankara. Asserting that the migrant deal with Turkey has eased the burden placed on Greece's shoulders, to a great extent, Minister Mouzalas said that ensuring the functioning of the deal with minimal problems is of crucial importance.

"There has not been a high increase in the number of migrant crossings [across the Aegean]. Also, there is no indication that the migrant deal between Turkey and the EU has collapsed. The functioning of the deal is important," the Greek minister said.

Mouzalas also stressed that migrant crossings across the Aegean Sea to the Greek islands have decreased by 95 percent, adding that this helps Greece and the EU in their efforts to relocate other migrants.

"The EU-Turkey statement continues to work and deliver results," EU Migration Commissioner Dimitris Avramopoulos said at a press conference in Brussels last week, adding that more than 8,800 Syrians in Turkey had now found homes in Europe. The EU said that the bloc's migrant agreement with Turkey is working well, adding that more effort is needed to speed up processing of asylum applications. Commissioner Avramopoulos also said that migrant crossings in the Aegean have nearly stopped, dropping by 97 percent.

Turkey and the EU signed a refugee deal in March 2016 to discourage irregular migration across the Aegean Sea by taking stricter measures against human traffickers and improving the conditions of the nearly 3 million refugees in Turkey. Since then, the number of refugees making illegal crossings over the Aegean between Turkey and Greece has dropped 85 percent, according to the Turkish Coast Guard.

The March 2016 deal employs a one-for-one formula, under which asylum seekers whose applications are denied in Europe are returned to Turkey, while Syrian refugees are resettled in EU member states via a quota system.

Statements from both Mouzalas and Avramopoulos praising the cooperation between Turkey and the EU came as German politicians try to completely shut down Turkey's EU accession talks.

Chancellor and Chairman of the Christian Democrat's Union of Germany (CDU/CSU) Angela Merkel said on Sept. 3 that Turkey would never join the EU, adding that accession talks should be halted. "I don't see them ever joining, and I never believed that it would happen," she said during a televised political debate against Social Democratic Party (SPD) leader and political candidate Martin Schulz ahead of the upcoming federal elections on Sept. 24. Schulz said he would stop Turkey's bid to join the EU if he were elected chancellor.

However, Germany's ambition to prevent Turkey's accession was met with backlash within the EU. "We are continuing to talk with Turkey," EU Foreign Policy Chief Federica Mogherini said during the 2017 Bled Strategic Forum. "We do not always agree on everything. There are some issues […] that are taking our positions very much apart, but talks continue."

the EU-Germany divide over Turkey, French President Emmanuel Macron last Thursday said Turkey remains a "vital partner" for Europe. Macron highlighted Turkey's significance in tackling the migrant crisis and the counterterrorism fight, adding that a split from accession talks should be avoided.