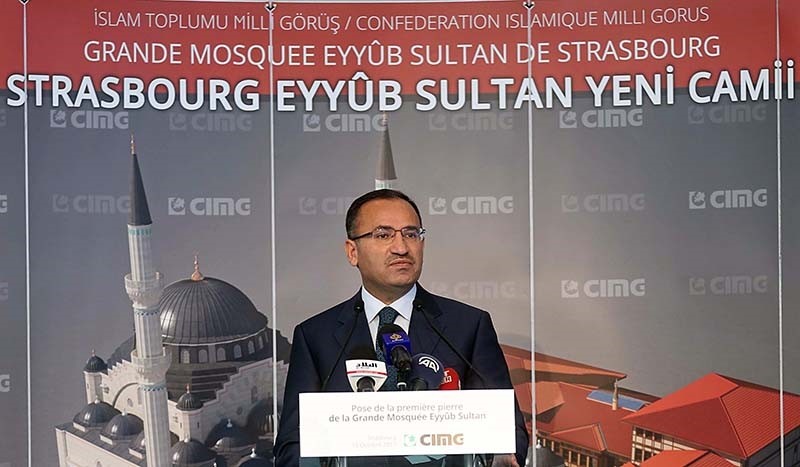 Turkey is determined to keep up with its efforts to obtain full membership in the European Union, Deputy Prime Minister Bekir Bozdağ said in France Sunday. His statements came ahead of a two-day meeting between leaders of the bloc, which will focus on discussing EU's relations with Turkey on Oct. 19.

Speaking at the groundbreaking ceremony of an Ottoman-style mosque that will be built in Strasbourg, Bozdağ said that Turkey has been struggling to join the bloc since over half a decade.

"Are there any other countries that have waited at EU's door? No." Bozdağ said, as he criticized the bloc for "changing rules of the game" ever since.

The deputy PM, who is also the spokesperson for the government, highlighted Turkey's determination once again by noting that the country has not given up its efforts to join EU.

"We are determined to maintain this process regardless of all obstacles" Bozdağ said and added: "We do not have any intentions to withdraw our bid."

Accusing the EU of having a hypocritical stance regarding Turkey, Bozdağ said that Turkey always pays the price in the event of disputes with other countries.

Relations between Ankara and European capitals have been strained since the Gülenist Terror Group (FETÖ)-led coup attempt in Turkey last year. Turkish officials criticized European countries for failing to show solidarity with the government against the coup attempt and offering asylum to Gülenist coup plotters.