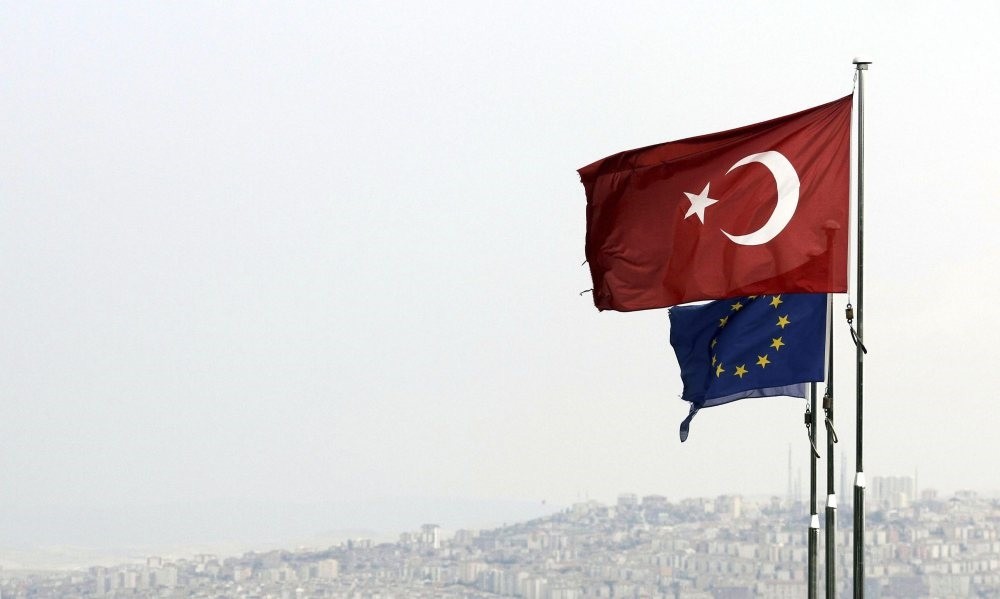 Ankara has already prepared the regulations that are required for an update to the EU customs union agreement between Turkey and the EU, calling it a win-win for both sides

Customs and Trade Minister Bülent Tüfenkci has said that Turkey has already prepared regulations for the EU Customs Union update, adding that swift agreement between the two sides is possible once the process gets underway.

Responding to questions from deputies during a Parliamentary Plan and Budget Commission meeting earlier this week, Minister Tüfenkci said that work is being carried out under the leadership of Economy Minister Nihat Zeybekci. Stressing that updating the EU Customs Union Agreement is a "win-win for both sides," Tüfenkci said that the European Parliament has decided to form a commission in this regard. "The work continues and although the process is slow, it continues without interruption," he said.

Minister Tüfenkci asserted that the Customs and Trade Ministry has prepared everything necessary for the updating process once it gets underway. "Negotiations can be ended swiftly," he added.

Ankara's Customs Union Agreement with the EU came into force in 1995. Both Turkey and the EU seek to expand the scope of the agreement, which would have positive effects on mutual trade relations in various industries.

However, Turkey's worsening relations with Germany have so far crippled the process. A month before the German elections, Chancellor Angela Merkel signaled in August that the EU would not enter into talks with Ankara on modernizing the existing Customs Union due to recent political tensions. "However, in any case, we will not carry out talks with Turkey on improving or enhancing the Customs Union [Agreement], for the time being," she said.

European Commission President Jean-Claude Juncker also suggested that the 28-nation bloc use the negotiations to upgrade the Turkish-EU Customs Union Agreement to get some concessions from Ankara on several issues.

Turkey's Minister of EU Affairs and chief negotiator Ömer Çelik said in August: "Looking at it structurally, the issue of the Customs Union is not a one-sided request from Turkey. Using the Customs Union update as political leverage goes against the EU's interests."

Presidential spokesman İbrahim Kalın also levied harsh criticism at Chancellor Merkel and the EU for using the update as a political tool, calling Merkel's statement "unfortunate." "For an EU member state to take an instructive tone against EU institutions is not acceptable," the spokesman said, noting that the Customs Union is devised on a win-win basis. If this approach is attacked, both Germany and Turkey will be exposed to economic losses.

Free Trade Agreements that the EU will sign with third parties are slated to include Turkey. Due to the narrow scope of the current Customs Union Agreement, many products cannot be sold to EU countries. The new agreement aims to increase trade volume between Turkey and the EU by 50 percent over the next 10 years.

A 2017 report prepared by the Brussels-based European Neighborhood Council think tank, in association with the Independent Industrialists' and Businessmen's Association (MÜSİAD), pointed out that a new Customs Union Agreement would have a positive effect on Turkey's gross domestic product (GDP), around 1.44 percent per year. The updated agreement is considered by many as a two-sided, positive development in trade.

In its Dec. 21, 2016, assessment, the European Commission proposed modernizing the current deal, which only covers a limited range of industrial products and excludes agriculture, public procurement and services. Highlighting that reforming Turkey-EU trade relations is an essential part of efforts made by Turkey and the EU to deepen relations in key areas of common interest, the European Commission reiterated its resolution to continue delivering on the commitments it has made as part of the deal with Ankara. "Modernizing the Customs Union to reflect current EU-Turkey trade relations would bring substantial economic benefits for both partners," the commission said in its proposal.

Despite the frozen state of the Customs Union update process, recent developments between Ankara and Berlin may be a glimmer of hope. An informal, friendly meeting between Turkish Foreign Minister Mevlüt Çavuşoğlu and German Foreign Minister Sigmar Gabriel, as well as German police intervention against PKK supporters in Düsseldorf last week have led to views that a reconciliation process may have gotten underway.

Also, former German Ambassador to Ankara Wolf-Ruthart Born said that a new chapter has been opened in Germany-Turkey relations following a meeting between Turkish and German foreign ministers last weekend in Antalya. "German Foreign Minister [Sigmar] Gabriel's visit to Antalya and his meeting with Foreign Minister [Mevlüt] Çavuşoğlu is a good sign. The ministers' meeting took place after the release of some detained German citizens. I see this meeting as a step towards the normalization of the relationship between the two countries," Born told Deutsche Welle Turkish.