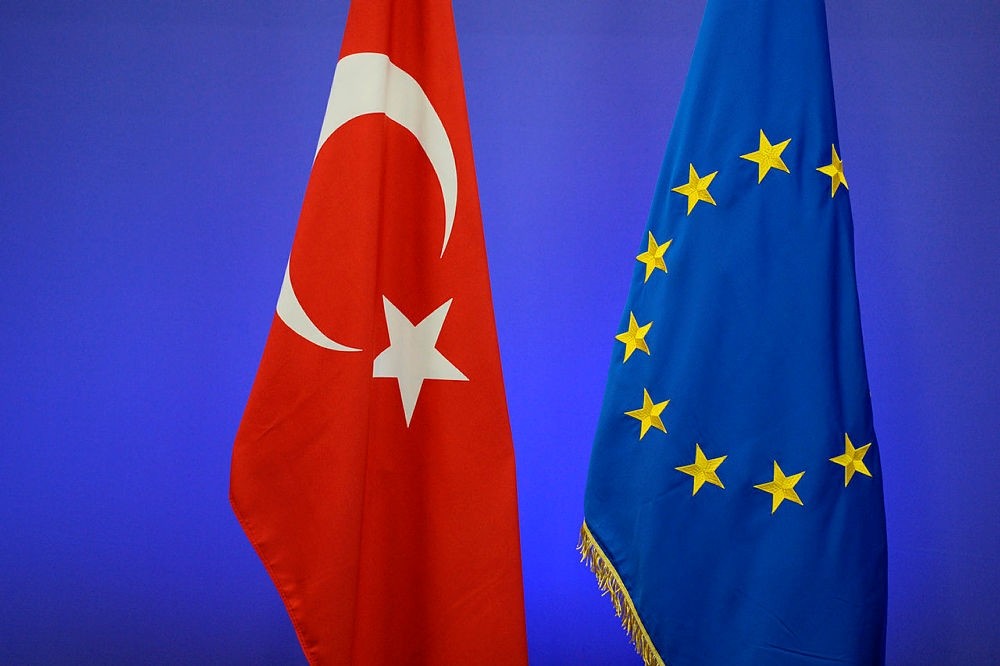 Ankara has decided to accelerate the process of visa liberalization with the European Union. A road map outlining steps to meet the remaining seven criteria for the visa liberalization agreement was drafted during a meeting between Foreign Minister Mevlüt Çavuşoğlu, Minister of EU Affairs and Chief Negotiator Ömer Çelik, Justice Minister Abdülhamit Gül and Interior Minister Süleyman Soylu.

The road map will be presented to President Recep Tayyip Erdoğan, whose approval is needed to proceed with implementation.

Changes to Turkey's anti-terror law remain the most contentious criteria for visa liberalization. The EU demands that Turkey, which is fighting against multiple terrorist organizations, soften its definition of terrorism.

Although Turkey plans on making some changes in this direction, it is not likely that the country will weaken its capacity in fighting against terrorism or alter the essence of the laws regarding the issue.

Turkey's intention is to offer a formula that technically fulfills the demands of the EU rather than making an overall change in the law.

Ankara will try to convince the EU by benefiting from the changing perception over the fight against terrorism in Europe, which has toughened up compared to previous times.

Other criteria by the EU for visa liberalization include the introduction of biometric passports and an operational co-operation agreement with the EU police service, Europol.

Some of the other criteria, which are considered to be fulfilled easier than others, are accepting and implementing laws regarding the protection of personal information that is in compliance with European standards and having active cooperation with all countries in the EU regarding issues that are related to crime.

Turkey's move to bring the visa liberalization process back to its agenda despite all the negativities between Ankara and Brussels is seen as a remarkable signal towards normalizing relations.

There is no guarantee that the EU will accept Turkey's offers. After the documents are transmitted to the Brussels, there will be a deep evaluation process. Then, if the process ends on a positive note, the demands and expectations of the EU will be conveyed to Ankara.

A senior EU official said over the issue that, "It is positive that Turkey concentrates on the issue broadly after a long time, but it is too soon to say that we are at the last step regarding visa liberalization."

If the roadmap is approved by Erdoğan, Çavuşoğlu will present it at the EU Foreign Ministers summit on Dec. 12 in Brussels.

Last March, Turkey agreed to stop illegal migrants crossing into Greece in exchange for financial aid for the refugees in its care, visa-free travel for Turkish citizens to Europe and accelerated EU membership talks.

The EU has a list of 72 criteria for pushing through visa-free travel for Turkish nationals under the landmark.

Five of these "benchmarks" remain outstanding, according to the EU executive's assessment. The 28 EU member states and the European Parliament must also approve the visa scheme.

Ankara has previously warned Brussels that it would stop fulfilling its side of the migrant deal, which has seen a sharp fall in the number of migrants making the dangerous crossings across the Aegean Sea, if it does not keep its promises.