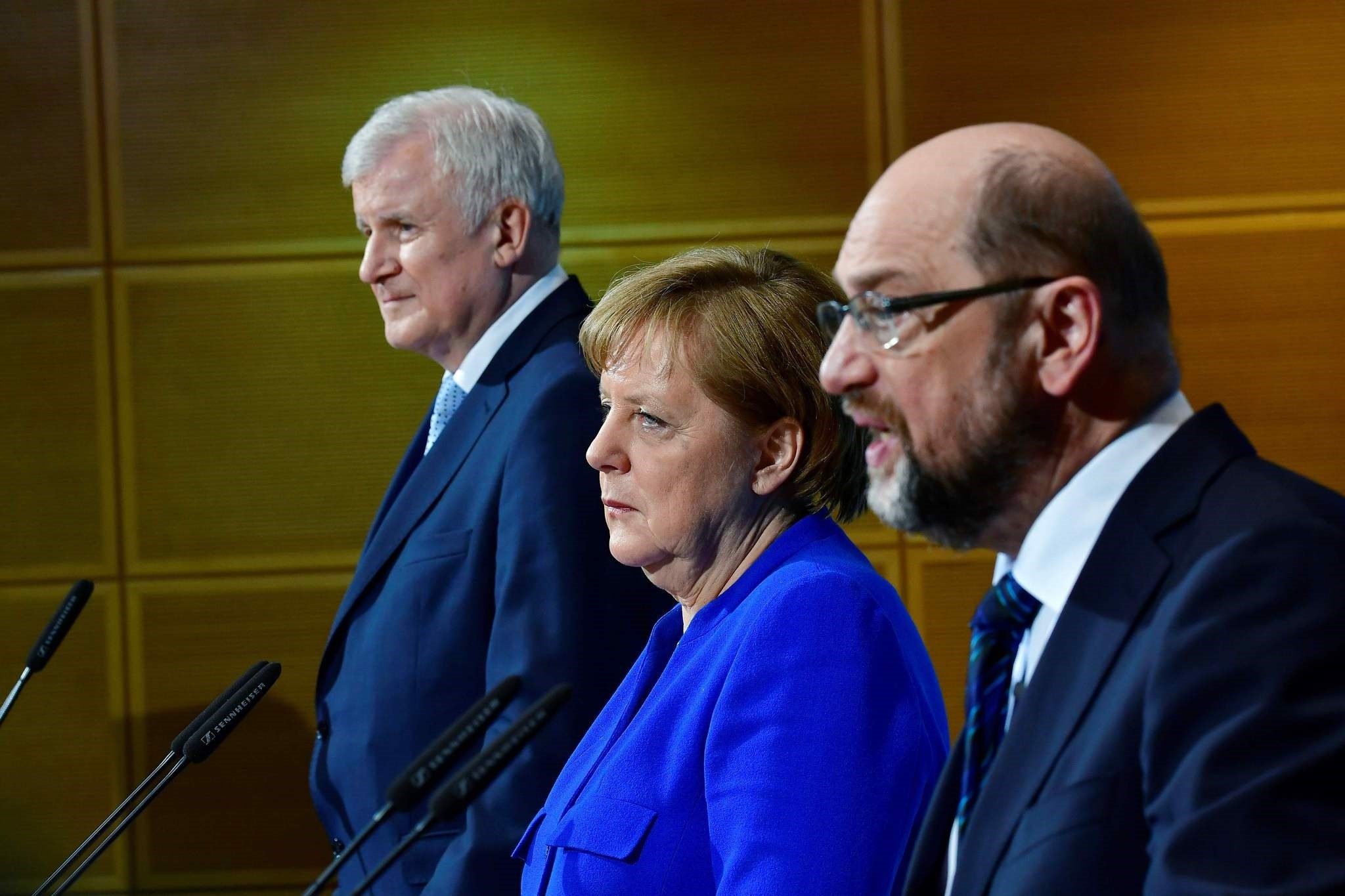 Shortly after a breakthrough in talks to form a coalition between German Chancellor Angela Merkel's Christian Democratic Union (CDU) and the Social Democratic Party (SPD), the parties ruled out opening any new chapters in Turkey's European Union membership bid, as well as visa liberalization for Turkish citizens and an updated customs union deal.

The draft coalition document, seen by Daily Sabah, said that "the situation of democracy, the rule of law and human rights has deteriorated" in Turkey and therefore they "do not want to close chapters in the accession negotiations or open new ones."

Furthermore, the possible Grand coalition between the CDU and SPD expressed opposition to visa liberalization for Turkish citizens and an updated customs union deal.

"As long as Turkey does not fulfill the necessary obligations, there can be no visa liberalization or an updating of the customs union," the document read.

Foreign Minister Mevlüt Çavuşoğlu has pointed out a lack of mutual trust in Turkey-EU ties, saying the bloc does not "fully understand" the challenges the country has been facing.

In an interview with the Eastwest magazine published on its website on Dec. 30, 2017, Çavuşoğlu said: "The EU's lack of solidarity with the Turkish people following last year's failed coup gave us the impression that the EU does not really fully understand the magnitude and severity of the challenges Turkey has been facing.

"We feel that there are double standards in the EU's criticism of Turkey, in particular when it comes to our fight against terrorism."

The minister said Turkey remains determined to finalize the EU accession process and expects the bloc to reciprocate these efforts.

"Turkey-EU relations have always had ups and downs. What must be clear is that Turkey has always viewed its relationship with the EU and its accession process as a strategic priority for its foreign policy," he said.

He said Turkey had made sincere efforts over the years to obtain full membership in the EU.

The foreign minister also said that in order to "re-establish a trusting relationship", the EU should "honor its promises" on major issues such as the modernization of the customs union, visa liberalization and the full disbursement of financial help promised to cover the cost of Syrian refugees in Turkey.

"The EU should also stop politicizing the accession negotiations which should be purely technical, and lift political and artificial obstacles that have appeared for certain chapters," he said.

"We are looking forward to a normalized working relation with the EU in the period ahead," he added.

Turkey had applied for the EU membership in 1987 and accession talks began in 2005.

However, negotiations stalled in 2007 due to the objections of the Greek Cypriot administration in the divided island of Cyprus, as well as opposition from Germany and France. The eastern Mediterranean island of Cyprus was divided into a Turkish Cypriot state in the north and a Greek Cypriot administration in the south after a 1974 military coup on the island was followed by the intervention of Turkey as a guarantor power.

As of May 2016, 16 chapters had been opened and one concluded. However, in December 2016, the member states said no new chapters will be opened.