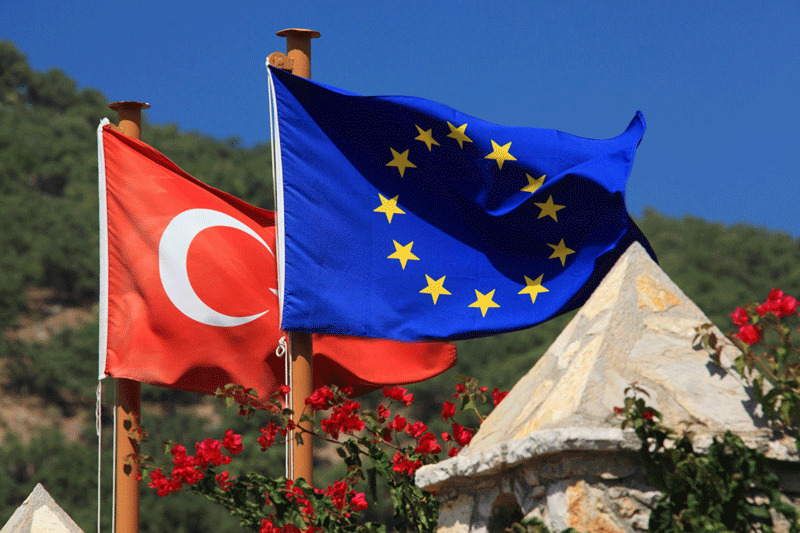 A recent draft report prepared by Parliament sheds light on Turkey's ongoing efforts to deal with the refugee crisis and called on Europe not to renege on the refugee deal.

The report, which stresses Turkey's efforts to ease the struggles of refugees, underlines that with the agreement between Turkey and the EU in March 2016, has controlled irregular migration in the Aegean Sea, and the high number of deaths at sea has been substantially prevented.

"As Turkey has been fulfilling all responsibilities to prevent incidents in which babies washed up on shores, Europe should keep its promises and fulfill the requirements of the deal," the report said.

The report also provided the latest data of the number of Syrian refugees, their ages and genders.

According to the report, prior to the agreement, 279 refugees lost their lives in the Aegean Sea in 2015. Since the deal, the number has dropped significantly.

Touching on Europe's response to the refugee crisis, the report indicates that Europe fails to comprehend that Turkey has opened its doors to refugees and hosts over 3 million. While Turkey has been at the forefront in efforts to provide help to Syrians fleeing the civil war in their country, Europe has been searching for ways to stem the flow of refugees to their countries.

"The picture of baby Aylan washed up on the Aegean shore touched the conscience of Europeans. However, the positive environment for refugees did not last long. Nowadays, refugees' valuable belongings are taken, wired fences are built along borders and anti-refugee policies have been increasing."

According to the report, "The refugee crisis appears to be a test that will shape the values of Europe. As of today, the policies of European governments show that they have failed this test."

"In the province of Kilis, 120,000 people from the province live with 120,000 refugees. No other city in the world hosts refugees whose number equals its population," the report says, adding: "The harmonization process in Kilis can be a resource for sociological research. People living in Kilis province deserve a Nobel Peace award for their hospitality, tolerance and harmony."

In addition to providing shelter for refugees, Turkey has accelerated efforts to meet other needs of refugees, including education and health. According to the report, 638,000 refugee children have been provided an education. In the field of health, over 1 million inpatients were provided treatment, and over 1 million surgeries were performed.