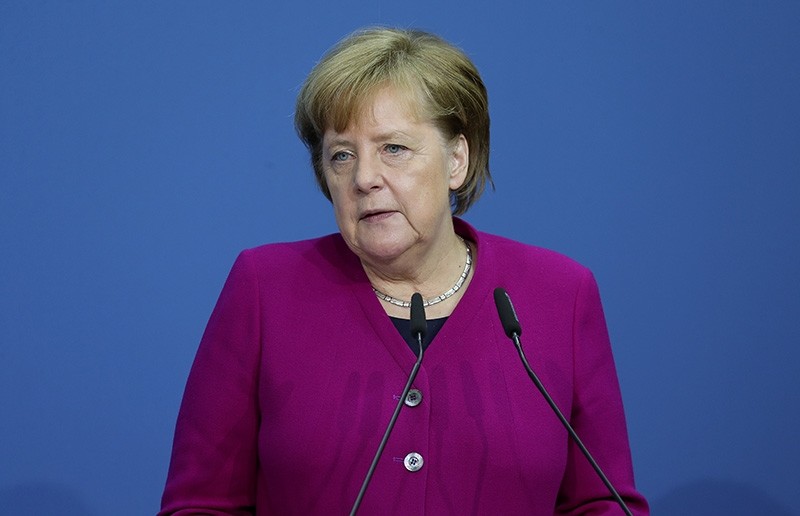 German Chancellor Angela Merkel on Monday voiced support for closer dialogue between the EU and Turkey, despite recent tensions between Ankara and European capitals.

"We cannot hide our differences, but communication channels should remain open. Because we are dependent on each other," Merkel told a news conference in Berlin.

Her remarks came ahead of a key EU-Turkey summit set for March 26 in Varna, Bulgaria -- the current EU term president -- bringing together EU leaders and President Recep Tayyip Erdoğan.

"Turkey has done a great job for refugees," she said, stressing that the EU remains committed to the refugee agreement with Turkey, including its financial commitments.

Merkel has long been a key supporter of the EU-Turkey agreement clinched in March 2016, which aimed at discouraging irregular migration through the Aegean Sea by establishing stricter measures against human traffickers and improving the conditions of the 3.5 million-plus Syrian refugees in Turkey, more than any other country in the world.

Although the plan has successfully reduced irregular migration flows and gave Merkel domestic political relief, the EU has failed to deliver the promised funding for refugees in Turkey in a timely way.

Turkey's relations with Germany and several other EU member states have suffered setbacks, as Turkish leaders slammed their counterparts for failing to demonstrate strong solidarity with Ankara over the defeated coup attempt in 2016. Ankara has also denounced what it sees as German and other European authorities providing support to terrorist groups hostile to Turkey. For instance, the Czech Republic and Germany failed to extradite PKK-linked Democratic Union Party's (PYD) former co-chair Salih Muslum, who is on the most wanted terrorists list with a four million Turkish lira ($1.05 million) bounty on his head.