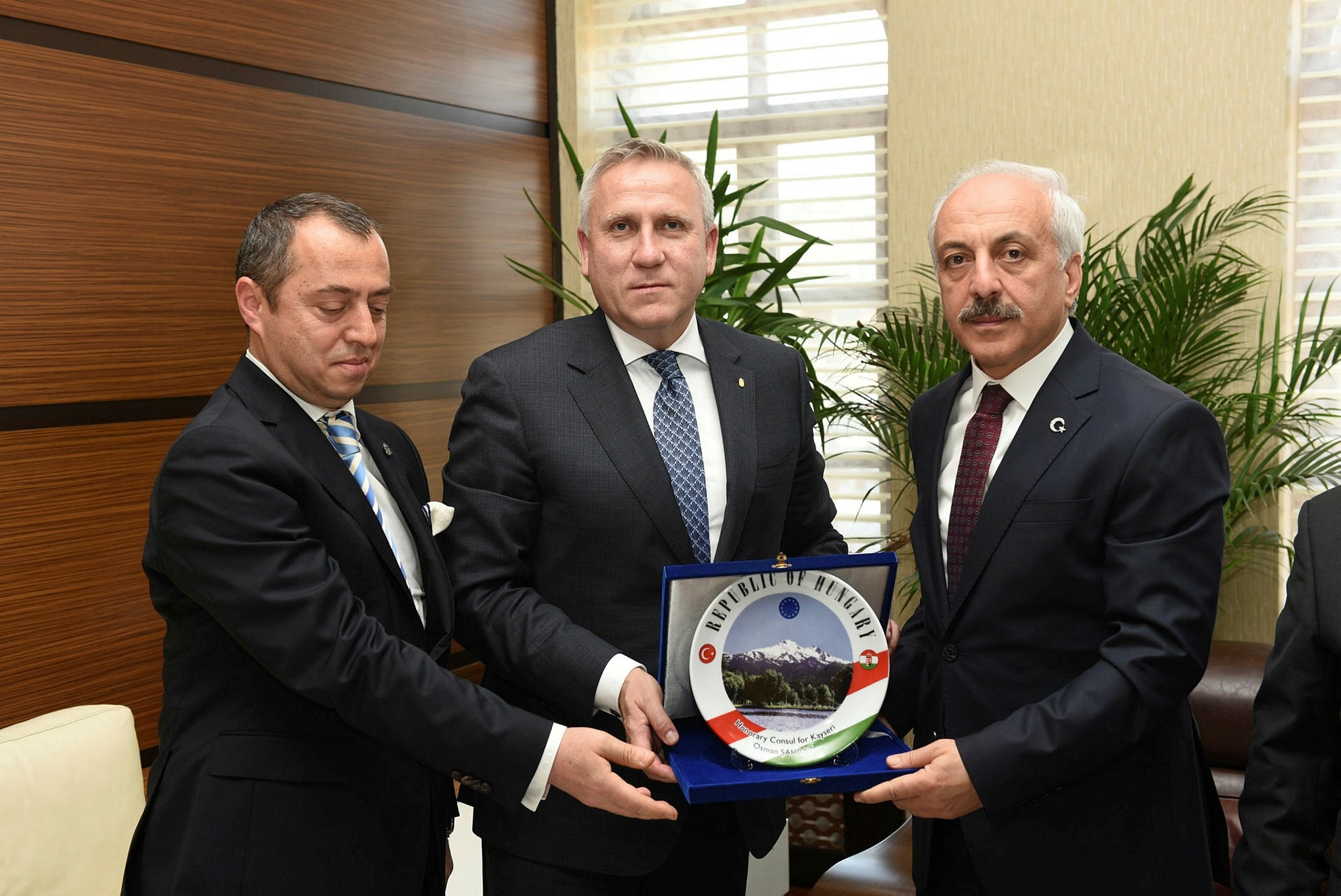 "We had friendly relations in history. Political relations between the two countries are also excellent nowadays," Kiss said during his visit.

He praised Turkey's active role in accepting millions of refugees and fighting terrorism.

He also underlined that Hungary was one of the first countries to condemn the July 15 coup attempt.

He pointed out that he has been in Turkey for seven years and visited touristic spots including Istanbul, Kayseri and Trabzon.

"Turkey has had difficulties in relations with the EU recently. We will evaluate Mr. Ambassador's sister city offer in our municipal council," Mayor Gül said.