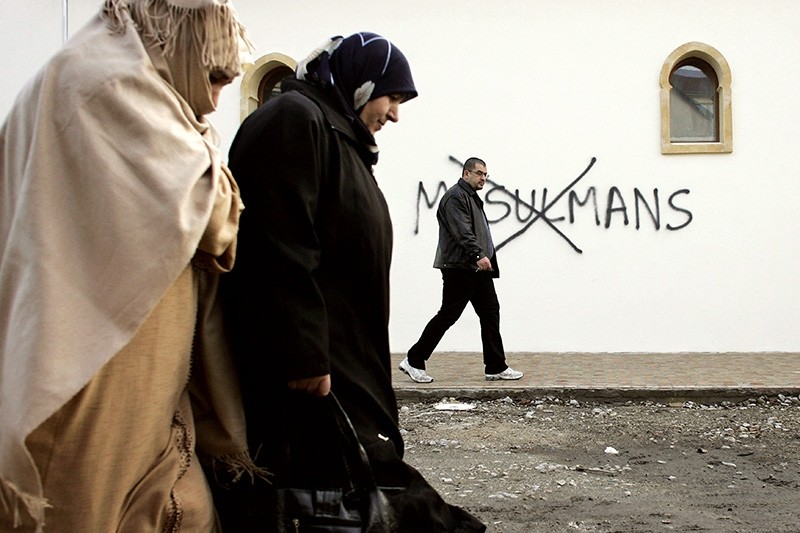 A proposal demanding that some verses of the Quran be removed, signed by some 300 prominent French figures has drawn the ire of Turkish politicians.

"This is the most striking example of intellectual violence and barbarism. Whoever these people are and whatever they have been doing up until now, they will go down at the beginning of the history of bigotry," Çelik wrote on Twitter.

"Barbarism is intellectually and politically centered in the modern world," he said.

Çelik drew a parallel between the "barbaric and immoral" proposal and the ideology of Daesh terrorist group and said: "They could not tell in a better way that they are the closest ideological relative of Daesh. But this approach, which will be the subject of political psychiatry, reveals how barbarism has risen in the midst of Europe, and how this mentality, at least as dangerous as Daesh, keeps itself behind certain concepts," he said.

"These are the most dangerous ones; those who conceal themselves behind an intellectual and political image. This is the mentality of those who are so-called anti-violence, but in fact, they worship the bigotry and violence. These 300 French are the same as Daesh, which infers violence from the humanity's guide Quran."

"The Quran is not someone's jigsaw puzzle. It is our holy book. It will be protected until the doomsday as it was revealed. Anti-Semitism is a hate ideology that emerged in Europe. Westerners who wish to solve this problem should question their own sources," Kalın said in series of tweets.

On Twitter, Deputy Prime Minister Bekir Bozdağ slammed the French proposal, which took the form of a manifesto signed by 300 French authors and politicians, saying that the signatories "are the Western versions of Daesh" terrorists, suggesting that they too have distorted Islam.

Justice and Development Party (AK Party) Deputy Chairman and spokesperson Mahir Ünal also criticized the controversial move, saying it was "zealotry" at the least. Ünal said that the "enmity against Islam" was related to the "mental state of Europe." He termed the move against Quran and signatories in the list "as the representatives of the modern Crusades."