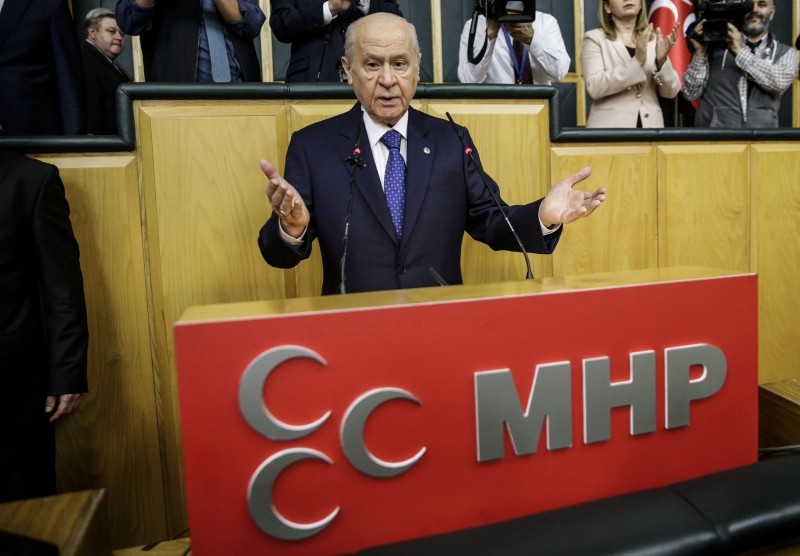 Addressing the party's parliamentary group in Ankara, Bahçeli said that the rapprochement between Turkey and Germany is a positive development, but Merkel's statements on FETÖ were faulty.

"If (Merkel) is looking for more evidence, you should know that we have not progressed a bit," Bahçeli said.

"A German proverb says trees don't grow in the sky. It's indeed true. Asking for more proof about FETÖ is like trying to plant trees in the sky or aspiring to grow what you did not plant," he added.

"If Germany respects Turkey's right of sovereignty, it should designate FETÖ as a terrorist group and extradite terrorists from their country."

In a joint press conference during President Recep Tayyip Erdoğan's Berlin visit, Merkel said that Germany considers FETÖ a terrorist threat but they need more proof to treat it as a terrorist group, as in the case of the PKK.

In the aftermath of the July 15, 2016 coup attempt launched by FETÖ-linked military officers, which killed 251 people and injured more than 2,200 others, thousands of FETÖ suspects have fled to Germany and been granted asylum. FETÖ has a significant organizational and commercial presence in the country, which is home to some 3.5 million people of Turkish descent.