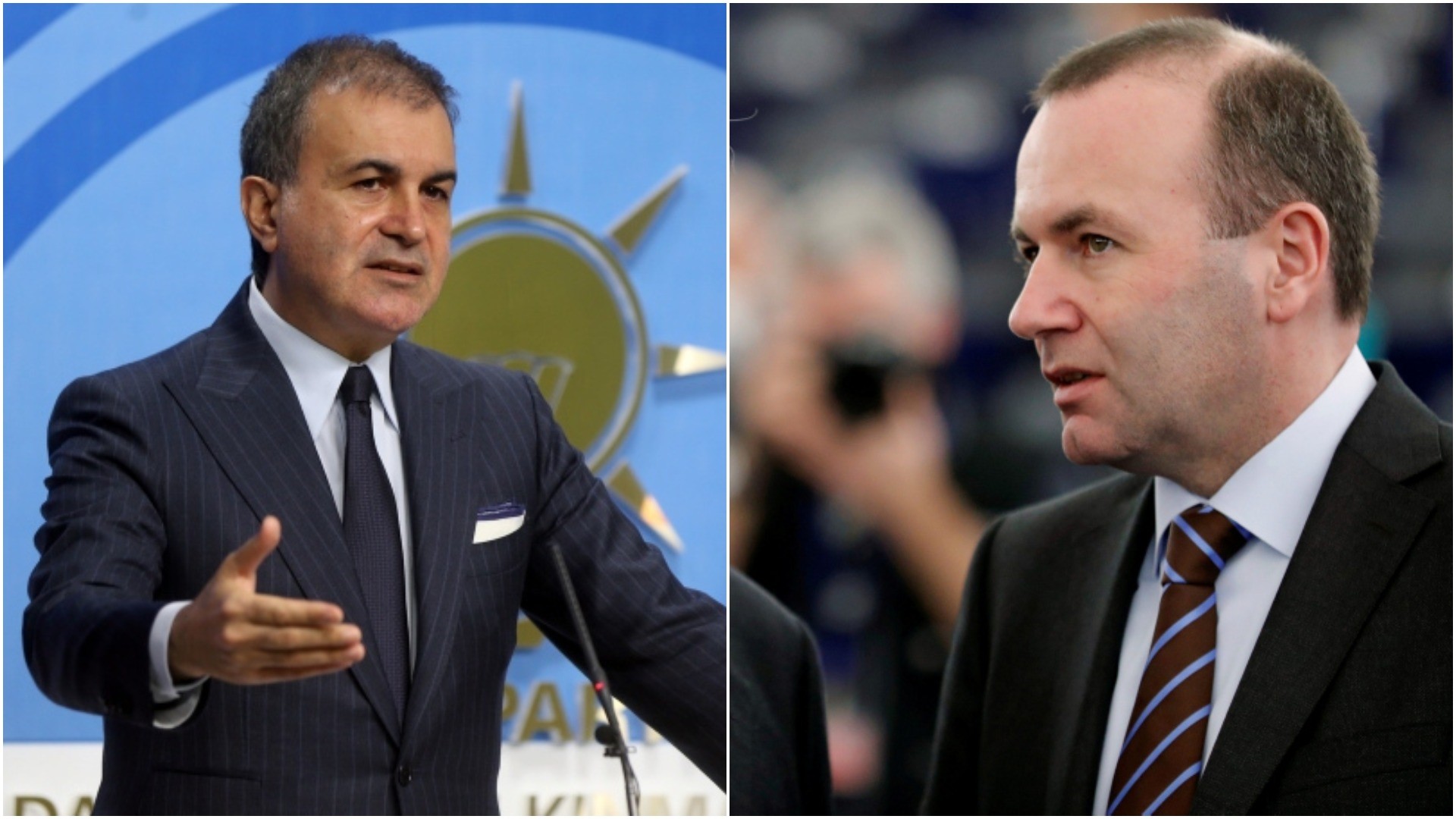 German conservative Manfred Weber, known for his anti-Turkey stance, succeeding Jean-Claude Juncker to run the Brussels administration would be a disaster for the European Union, Justice and Development Party (AK Party) spokesman Ömer Çelik said Tuesday after the party's Central Executive Board (MYK) meeting in Ankara.

Weber, 46, who leads the pan-EU conservative group in the European Parliament, announced last month that he would seek nomination as the European People's Party's lead candidate in the May 2019 elections with the aim of then taking over as president of the European Commission.

Responding to Weber's comments regarding Turkey's EU membership, Çelik said "We know that person, it is clear that he wants to replace Juncker. They [Weber] are making a mistake, they think they can rise to the top in some institutions by showing hostility towards Turkey. The only thing he talks about is opposing Turkey, he thinks he can replace Juncker with it."

Weber had called for EU membership talks with Turkey to be scrapped, saying it "made no sense."

"It would be a disaster for the EU if such mentalities came into such [leadership] positions. The far-right is the Daesh of Europe, Islamophobes and anti-Semites are Europe's Daesh," Çelik added, warning that Islamophobia and an anti-Erdoğan stance was poisoning Europe.

Reiterating that such hateful discourses could never harm Turkey, Çelik reminded that Turkey has been a strong European democracy for a century, and has always been a powerful European state.

However, several EU countries have expressed concerns that too many Germans hold high EU posts.

Coming just after major power Britain leaves the bloc next March, and amid a rising volume of nationalist complaints against Brussels in other countries, the parliamentary vote will determine the political make-up of an important element in making laws applied across the European Union.