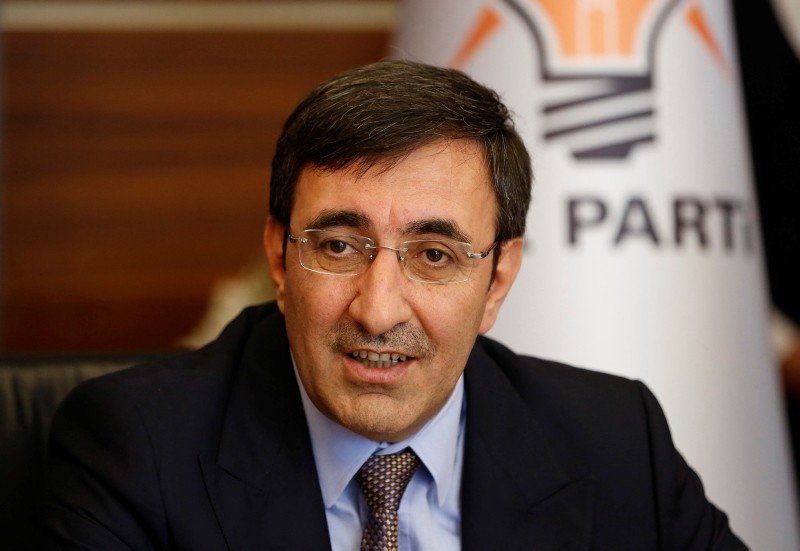 A rapprochement between Turkey and Europe would be fruitful for both sides, Cevdet Yılmaz, the deputy chairman of the ruling Justice and Development Party (AK Party), said Wednesday, saying that "in terms of more positive progress in relations with the European Union, the issues need to be discussed and channels need to be increased."

Following negotiations at the European Parliament, Yılmaz stressed he believes improved relations between Turkey and the EU would favor both sides.

Yılmaz underlined that Turkey needs a positive agenda in its EU accession process.

"Good relations between Turkey and Europe are in the interest of both sides; just as a more secure, prosperous and democratic Europe would be beneficial for Turkey, a progressive, growing and strengthening Turkey would also benefit Europe," he added.

Negotiations between Turkey and the EU for full membership started in 1963; however, 55 years later, a concrete result has yet to be reached. In order to become an EU member, Turkey has to complete discussions on 35 policy chapters and implement some reforms. Yet, in December 2016, EU member states vetoed opening new chapters.

Touching on the issue of upgrading the customs union, Yılmaz said modernization of it would favor both sides through improvements in economic ties. "We highlighted that the negotiations [on the matter] should start as soon as possible," he added.

Stressing that no one should avert this mutually beneficial modernization process, Yılmaz pointed out that they also plan to propose the visa liberalization issue for the agenda.

Yılmaz expressed that Turkey has a connection with Europe that stretches back centuries and added, "Turkish citizens should be able to comfortably travel to Europe."

Recalling that the EU has made cuts in pre-accession funding, Yılmaz said: "We have explained how wrong it is and emphasized that the refugee issue and the accession process should not be mixed; in fact, the two should walk in their own paths."

In March 2016, Brussels and Ankara reached an agreement to take stricter measures against human trafficking, discourage irregular migration through the Aegean Sea and improving the conditions of Syrian refugees in Turkey. The agreement also promised acceleration in Ankara's EU membership process and visa-free travel for Turkish nationals in the Schengen zone, provided that Ankara fulfills a list of 72 criteria set by Brussels.

Yılmaz expressed that they underlined the necessity for the pre-accession funds, which facilitate the reforms to prepare Turkey for membership, as members of the European Parliament's Budget Committee on Sept. 25 had agreed to cancel 70 million euros in pre-accession funds allocated for Turkey, claiming that the circumstances to advance the rule of law were not met.

In fact, recently Turkey and the EU have signaled a period of normalization in ties. Indeed, due to the high-level meetings, there have also been positive remarks made by Turkish and some EU officials, who have displayed their willingness to restore ties.