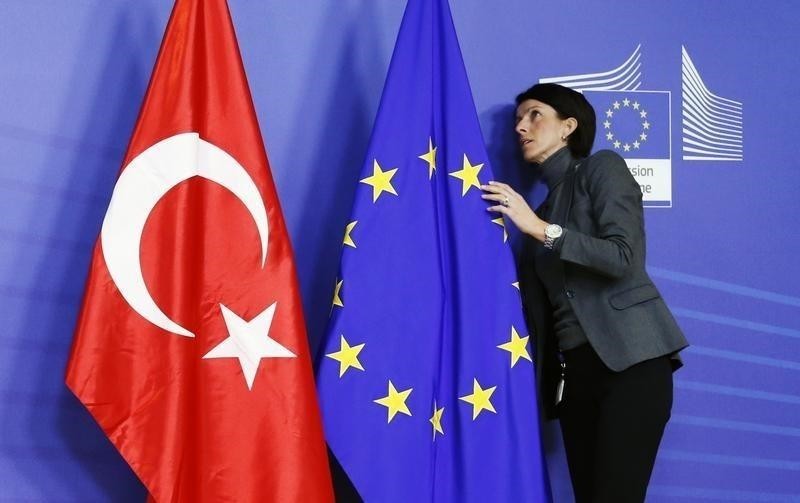 Romania, which currently has the EU's rotating presidency, said that they have been working on a joint summit plan for early March between Turkey and the EU in Bucharest with the planned participation of President Recep Tayyip Erdoğan and other top officials.

Speaking to Anadolu Agency's (AA) correspondent in Brussels, the Romanian Foreign Minister Teodor Meleşcanu stressed that Romania strongly supports the continuation of Turkey's accession talks to the EU, adding that the planned summit could be held in early March, with no exact date determined yet.

Romania took over the EU's rotating presidency for the first time since joining the bloc in 2007, succeeding Austria. EU countries take turns occupying the presidency for six-month terms. The position involves setting the bloc's agenda and acting as a diplomatic go-between among the 28 members.

Meleşcanu said one of their first suggestions will be the convention of association council between Turkey and the bloc, which was held in 2015 last, and expediting accession talks on various topics as well as discussing updating the customs union.

In order to expedite the EU process, Turkey launched the Reform Action Group (RAG) meeting, and the fourth meeting was hosted by Justice Minister Abdulhamit Gül and was held on Dec. 12, 2018 in Ankara after three years, with the aim of evaluating the ongoing efforts to fulfill reforms and accelerate Turkey's EU process, particularly in judicial adjustments.

After a long interim period, Turkey signed the European Constitution in 2004, leading to negotiations for full membership to be launched in 2005, during the Justice and Development Party's (AK Party) first term in power. However, the negotiations stalled once again in 2007 due to objections to open chapters by the Greek Cypriot administration on the divided island of Cyprus.

Relations between Turkey and the EU, particularly with Germany, have been strained over a range of issues in latest years.

Ankara has been stressing that the EU fails to understand the challenges that the county faces, and calls on all sides to take Turkey's concerns into consideration, particularly against the PKK and the Gülenist Terror Group (FETÖ), which carried out the failed July 15 coup attempt.

Regarding the customs union agreement, European Parliament's Turkey rapporteur Kati Piri said that the majority in European Parliament is in favor of modernization, "however, before that, we expect serious signals from Turkey regarding its commitments to EU standards."

Ankara's customs union agreement with the EU came into force in 1995. Both Turkey and the EU seek to expand the scope of the agreement, which would have positive effects on trade relations in various industries. However, Turkey's worsening relations with Germany have crippled the process.Although it was one of the first countries to join the European Economic Community (EEC) in 1959, and applied for full EU membership in 1987, Turkey still has candidate country status. In the meantime, many countries in Europe have been accepted as EU members, despite applying much later than Ankara.

Official accession talks with Ankara began in 2005. However, negotiations stalled in 2007 due to objections from Greek Cyprus concerning the divided island of Cyprus, as well as opposition from Germany and France. Since then, Turkey has only fulfilled and closed one of 16 opened chapters of the Copenhagen criteria.